Costa Rica Sports News – I actually watched the game last night and at the beginning it looked as if Costa Rica was going to dominate the US Men’s National Team. 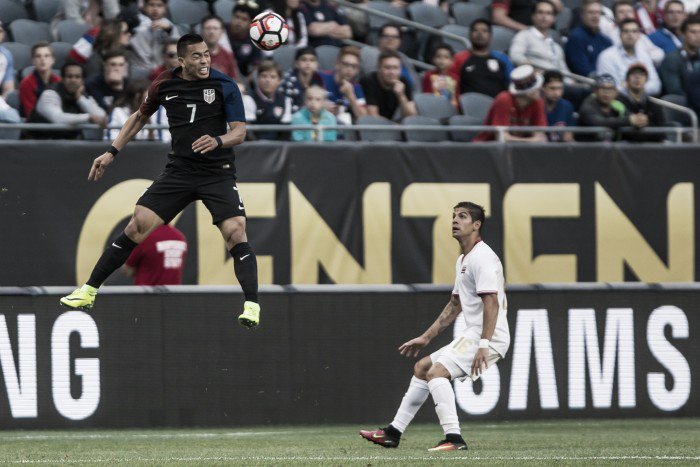 The US national team’s veterans stood up when the chips were down.

With their Copa America Centenario campaign on the line, Clint Dempsey and Jermaine Jones led the Yanks to a 4-0 rout of Costa Rica at Chicago’s Soldier Field on Tuesday, reeling off three first-half goals to surge back into a solid position for advancement to the tournament’s knockout stages.

Los Ticos were the stronger side in the opening minutes, only for Dempsey to bury an early penalty kick with authority after Bobby Wood was pushed to the deck inside the penalty box.

Dempsey’s mazy dribble set up Jones for a laser-guided strike into the bottom corner as the game played out in ragged, breathless fashion. And the Seattle Sounders star notched another assist with a savvy pass to Bobby Wood for a strong turn-and-finish to land a crippling blow just before halftime.

Costa Rica improved a bit after the break but could not find a way past Brad Guzan and his defense, setting the stage for Graham Zusi to come off the bench and deliver a late exclamation point with a well-taken left-footer in the dying minutes.

The result leaves the USMNT in good shape for advancement, pending their result against Paraguay in Philadelphia on Saturday.

Watch the highlights below.

Suspects Arrested in Murder of Gerardo Cruz in Costa Rica