Costa Rica News – The Passive Base Rate (Tasa Básica Pasiva in Spanish) rose from 4.55% to 4.60%, while the effective rate in dollars rose from 2.14% to 2.24%.The Central Bank of Costa Rica (Banco Central or BCCR) last Thursday (February 2) raised for a second straight weet the passive rate.

The Passive Base Rate is an average of the deposit rates given by financial institutions for maturities of 150-210 days.

The Central Bank also reported that the Effective Rate in U.S. Dollars (Tasa Efectiva en Dólares in Spanish – TED) increased for the fourth consecutive week and for the next seven days will remain at 2.24%. 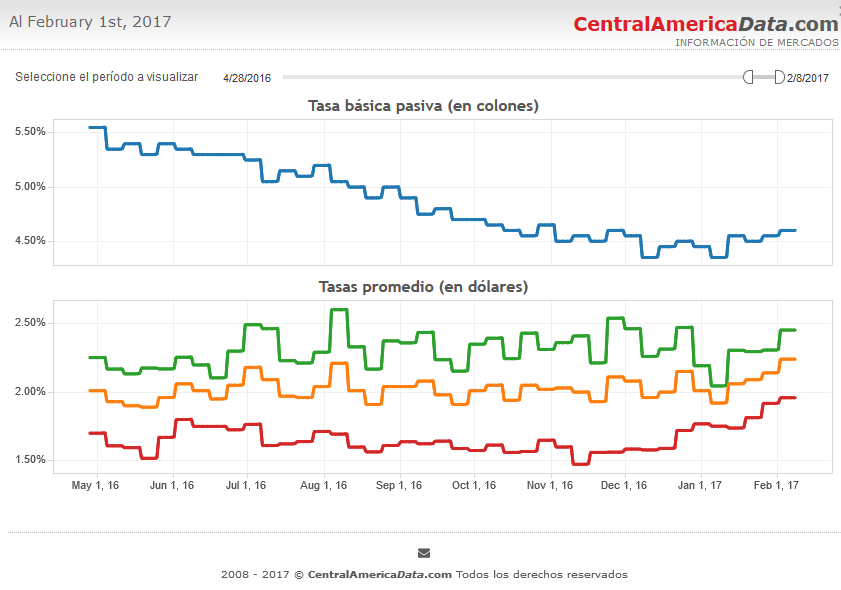 The PPassive Base Rate and TED, as the dollar exchange rate can be found on the Front Page of Q Costa Rica and is updated daily.