Costa Rica News – Ever wonder why no one takes a case to trial in the Costa Rica legal system?  If you are dealing with the inefficiencies of the lawyers, courts, judges and laws your case may not go to trial for years.  There are laws that can be enforced in Costa Rica but it takes so long and so much money to actually get to trial that most people just write it off as a loss. This is a perfect example, and the fact that a Costa Rican government entity is involved makes it even worse. 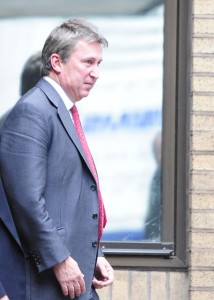 Six years have passed since the beginning of  the investigation of the case INS-PWS for alleged bribery of company officials. To date, however, has not even been a preliminary hearing, which will decide whether the case merits a trial or not. What is the funny part is the CEO of PWS has already admitted to bribing the INS officials but Costa Rica cannot get their shite together.

Here are two articles showing he has already admitted he bribed officials in 2010. Click Here or Click Here

Slow restless chief executive of the National Insurance Institute (INS), Guillermo Constenla, is waiting for a response from Attorney General Jorge Chavarria, in regards to his request to meet.

The court case began after it was discovered that payments of $ 2.1 million were made by the London firm PWS between 1998 and 2002.

Among those investigated are Christopher Zawadzki and Alvaro Acuna, president and former chief executive of  INS, respectively, as well as the president of the Republic Miguel Angel Rodriguez. These characters are probably living quite nicely on the funds that were pocketed.  By the time the case happens if it does the funds will be long gone or they will be long gone.

They were charged with embezzlement.

According Constenla, INS, as plaintiff the amounts are actually in the billions in claims. According to the article above the company arranged as much as £2.6billion of reinsurance cover for Costa Rica’s state-owned hydroelectric power plants.

Two years ago, everything was ready for the preliminary hearing, but the arrival of new evidence from England forced a 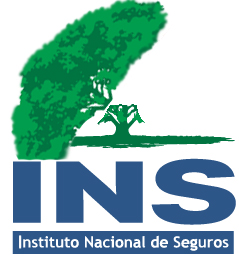 According to the district attorney Guiselle Rivera, now in charge of the case, the documents must be translated, but he has not been able to due to a “lack of resources”.

In an attempt to speed up the process, the INS offered a year ago to pay the translation. However, Constenla said yet to receive the documents. So it has taken over 2 years to translate documents.  Why doesn’t the lawyer just say he is accepting money to delay this case as long as possible so the INS gives up.

Another setback was that Miguel Angel Rodriguez was on trial in 2010 and the first four months of 2011. So one of the people being charged was already in another trial.  If it walks like a duck, and talks like a duck……..

Awesome the CEO in London already admitted bribing officials and starting serving 21 months in prison for it in 2010 but Costa Rica cannot even get to a preliminary hearing stating there is enough evidence for a trial for the people that accepted the bribes. Nothing about this is acceptable.  I wonder how far the rabbit hole goes and who else was involved?