Costa Rica Called the Composition of the 2018 World Cup: The Reaction of Fans

Costa Rica News – This year it will be the fifth time when Costa Rica became a member of the Central American side in the history of the World Cup.

The Costa Rica team earned a permit to the World Cup FIFA 2018 to Russia in the dramatic ending in a domestic match with Honduras. In order to do it beforehand, in a tour before the final classification, Costa Rica had to take one point in scoring in a contest with Honduras.

One of the best in CONCACAF, glory hour on the World Cup in Brazil, we have prepared for your attention a history of the football team of Costa Rica.

The football control and administration in Costa Rica are managed by the Costa Rica Football Federation. It was established in 1921 and became a part of FIFA. Being a member of football confederation of North and South America and the Caribbean (CONCACAF) from 1962, the national football team of Costa Rica is one of the strongest in the region. Many football championships, conducted on the regional level, were submitted by this team. Its first approach to one of the main football trophy Los Ticos or la sele (another team names for them) made in 1990. Best essay writer company may help you to create a text or article concerning any sports event or other themes.

In the FIFA World Cup in Italy, Costa Ricans made a name as a team that can square off against the most reputed competitors.

As a result, on the first group stage, the Scotchmen were played with a score of 1:0 and the Swedes were played 2:1. The team has also experienced the bitterness of defeat. They lost to Brazilians with a minimum difference 0:1. In the 1/8 of final, they lost to Czechoslovakia and this game damped Costa Ricans football fans.

Next try happened only 12 years later – in the World Cup 2002 in South Korea and Japan. La sele had the real possibility to repeat the success in Italy and get out of the group. But one of the strongest sports team for that time from Turkey advanced the national Costa Rika team only with the adding rates. The 2006 World Cup in Germany was also miserable for all sports fan in Costa Rica.  On a group stage, they were defeated by the owners Bundestim and Poland team. And one scorching victory over Ecuador didn’t allow Costa Ricans get through to the 1/8 of the final. 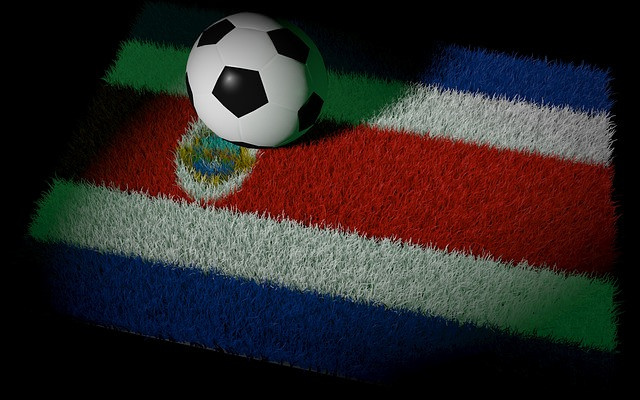 A good fortune smiled upon Los Ticos, showed its shifting winds in the game of the quarter-final in 2014 in Brazil. Here La Sele met the severe Dutch and was defeated by them. Several days after the end of the World Cup in Brazil, FIFA renewed the rates of the national teams. Costa Rica flew up to the 16th place. And over a month Los Ticos overcame one more spot in the ranking and became the best in CONCACAF, having left behind the USA team.

Los Ticos will be performing in the Group E. 6 players of the selected team will be representing Costa Rica’s Primera. They’ll start on the 17 of June in the match against the Serbian team. It will be the first meeting of two these countries in the history. On the 22nd of June the team of Oscar Ramires will be playing with Brazil, and on the 26 of June with Switzerland.

Despite many skeptical forecasts of some specialists and book-makers concerning the perspectives of the team in the World Cup, the players and the coach are sure in their forces as all the strong sides, like an excellent physical background, brilliant teamwork and team spirit and the most effective usage of the best skills of the leaders, are always with them.