Costa Rica News – The PLN party and its officials that were in charge of the border trail fiasco which included the pocketing by the government officials of about $800,000 or more is beginning. For anyone that thinks that anything is actually going to happen to these crooks they are very ill informed. 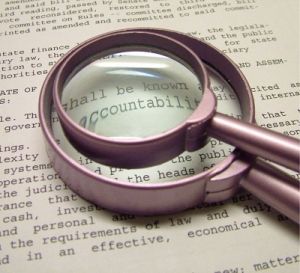 The Comptroller General’s Office opened an administrative procedure to potentially impose any sanctions on 21 public officials and former officials in the case of the construction of the border trail 1856 between Nicaragua and Costa Rica.

In fact, an official of the Comptroller came to Congress this morning to inform the former director of Conavi, Carlos Acosta Monge, as well as several officials of Conavi, Miguel Ramirez and Manuel Serrano, when they needed at a hearing on the subject.

This is all about finding a scapegoat that they are going to place all the blame on. The trial is going to consist of a bunch of accusations from everyone pointing fingers at everyone else.  It is going to last months on end and when people are supposed to show up to testify they will be absent and nothing will ever happen.  As the trial continues each of the people higher up if they feel they are going to be nabbed they will then find someone to place blame on under them.

In regards to the punishment from this trial penalties have been said to range from a written reprimand to removal from office. You will notice as this joke comes into fruition that those removed from office will not be the ones that actually pocketed the money.  Those in charge will get a few months off worked and this suspension will be paid.  Welcome to the legal system in regards to government corruption in Costa Rica.