Costa Rica News – Costa Rica has come up in the top ten of places for Expats to retire abroad. In particular its Central Valley which is home to the capital, San Jose, and 70 percent of the Costa Rican (or”Tico”) population. The outlying towns and villages of the Central Valley offer temperate, dry days and natural beauty, as well as the culture, hospitals, and shopping of nearby San Jose. Perfect for retiring in Costa Rica. 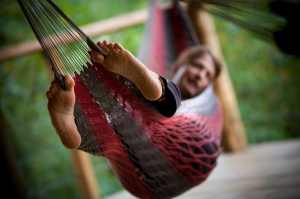 The AARP survey commented, “Costa Rica is where you go to live the lush life. It is lush with nature—misty rain forests, extraordinary wildlife, active volcanoes, and fabulous beaches—as well as such comforting amenities as malls, supermarkets, restaurants, museums, and social clubs. U.S. retirees have flocked here for years, drawn by its mild climate, its prosperity (relative to other Central American republics), its literacy rate, its health care, and, significantly, its stable government—with no army. Another plus: Costa Rica’s commitment to a thriving natural park system that is second to none in Latin America. This is as bio diverse a country as you’ll find anywhere.”

Although Costa Rica’s prices have increased in the last decade or so (when living in the region was a complete bargain) there is still the allure of the world’s “most perfect weather” in the Atenas area, as well as cheaper hospital and dentist bills to pay as old age creeps up.

With so many Americans living in Costa Rica already there exists a great structure in place already for newcomers and Expats in costa Rica are well-represented by the first-comers who have established themselves socially, politically and economically.

An Exploration of Death

Dan, This seems like a tourist/retirement ad. The bureaucracy, here is or can be a nightmare. If your on a limited budget you live one way here and if you have you live another way. So those of you wanting to retire here you need at least $4,000 per month to live well. The 1K pension status your going to live barely and what watch TV. 1K for rent,or buy a condo/house for 200K+ autos cost 25K and up for a decedent one and probably 10 yrs old. Gas cost me 100 bucks a fill (17gal). Now the pensioner status and the attorneys that are charging big money. Paradise not exactly. Dan, is that you in the hammock? After a few days that gets old. Golf anyone $50 on up plus club dues. Food more expensive as well. No bargains here for sure. Too many gringo’s came her and jacked up the prices.Now crime theft under $400 only a slap on the wrist, robbery home assaults with little or no punishment. Judge let suspected murders out on sort of a bond. Go figure!.

First I had accidentally out myself as the author of this article. Second, I agree with your comments the cost of living in Costa Rica is quite high. However, with the possibility of Obama being re-elected in the USA there might be a lot more people moving out of The States. If you have a nice next egg or if you have about $4000 to $5000 a month coming in you can live nicely in Costa Rica.

As long as you can live like you are on vacation and do not have to run a business to make money then Costa Rica can be a nice place to set roots.

The Costa Rica motto should be “nice place to be as long as you are on vacation”. If you have money and are on a permanent vacation, retiring here can be good. Money makes life doable in CR. Oh, also if you are coming to Costa Rica to quit drinking, this is not the place to live.