An Exploration of Death

It’s a clear fall morning in the parkland, and the sun is at 45 degrees over a huge, twin-trunked sycamore on the other side of the stream. Large, heart-shaped leaves of a vine tree that overhangs the creek are backlit, and appear almost translucent. 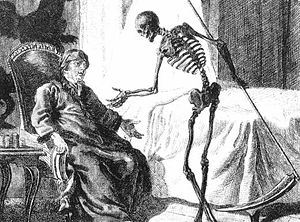 There’s not a flutter of a breeze. The foliage is beginning to turn as the cooler nights and days of autumn descend on northern California. The many shades of green seem prayer-like in passive photosynthesis as the leaves drink in the waning days of sunlight.

Meditation is like that—a completely passive action that is paradoxically the highest action of which a human being is capable. Sitting on that bank, feeling gratitude for the beauty, time, and capacity to feel joy again, one spontaneously, without a crease of effort, leaves the stream of content-consciousness.

Inclusive and undirected attention quiets thought. And the ending of thought is the ending of time. There’s the insight that the timeless is creation and death, inseparably. Beyond words, one sees that death is the ground not just of life, but the universe itself.

Does that mean death existed before the Big Bang, and death is the ground? Obviously I’m not referring to death as the thing we fear, which comes suddenly by accident or disease, or at the end of a life well lived or wasted.

Nor am I referring to death as the cyclic phenomenon one observes in nature, like the death of the leaves in fall and their rebirth in the spring as new growth. There is a meaning to death beyond the cycle life and death, as great and inseparable from life as it is.

Cosmologically, astrophysicists say the biggest question they face is: what came before the universe? Or rather, what gave birth to it, since time itself came into being with the Big Bang.

Therefore in one sense the question is nonsensical, which is why science has, until recently, deferred to theology on this question. But if we probe deeper into the actuality and meaning of death, we may gain an insight that can apply not only to science but also to religious philosophy, and our lives.

This raises another question. Is the universe aware? And is there awareness without a universe? 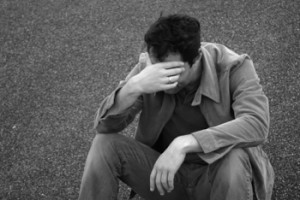 In deeper meditative states one realizes, indeed participates in an awareness that’s beyond the mind of man (that is, thought), and even beyond the brain. Though that’s heresy to neuroscientists and evolutionary psychologists, it’s a replicable fact each time a non-replicable meditative state occurs within one, or anyone.

So does the human brain, and any brain like ours in the universe, carry the evolutionary potential of the universe for awareness of what we fear as death and venerate as God?

Necessarily, one has to use words, but in the complete silence of being flowing from attention and awareness, one goes beyond words. Words then become what they are—mere symbols and signifiers, with no substance in themselves.

The words death, creation, God, and love take on a completely different meaning when the mind-as-thought is deeply quiet in passive but intense attention. Indeed, these essences are seen to be different facets of essentially the same thing!

I’m certain that there is awareness beyond the mind-as-thought, and inseparable from the brain when the mind is completely quiet. Everything else contains some element of doubt however. 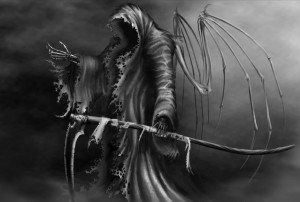 So did awareness as the ground, as death beyond the cosmic and terrestrial cycle of life and death, precede the universe? That seems logical, if almost incomprehensible, since space and time came into existence with the universe, but not awareness. After all, universes come and go, but death and awareness remain unchangeable. Does that means awareness is God?

Incontrovertibly, in some sense the universe itself is aware, if only when it evolves brains capable of awareness beyond thought’s projections.

That means that the evolution of ‘higher thought’ is necessary both as an unparalleled adaptation in the natural order, affording humans and sentient creatures like us anywhere in the universe the ability to build worlds; and as a spiritual exaptation for cosmic awareness beyond thought. So without design, there is an inscrutable intelligence at work in the universe!

If one touches the living and infinite ground of death every day, what happens when one physically expires? Conversely, if the actuality of death, which surrounds us every moment and is just on the other side of the fragile membrane of life, is held as far away as possible, what happens when we die?

Taking the second question first and tentatively speaking, it appears that when we die without having made a friend of death when fully alive, then the content of our consciousness continues in collective consciousness, and is ‘recycled’ in a repetitious way.

But if we die every day, that is, if we let go of our illusorily separate selves and precious personal memories, and stand as nothing (no thing), then when we die, we join and rejoin the awareness of and beyond the universe. In other words, when we die every day to the self and content-consciousness, death has a very different meaning.

Indeed, perhaps then death has no meaning at all in the sense of ending or recycling.