San Jose, Costa Rica – Crusty the clown was taken down for possible child molestation. A man who in his spare time has the job of  being a clown was arrested today on suspicion of abusing four minors. The detainee is named Chaves, and is 44 years old. 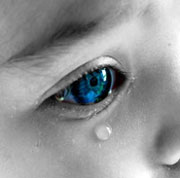 The Judicial Investigation Organization (OIJ) arrested him this morning on his way to his workplace in the center of Puntarenas.

According to information from the OIJ, the events occurred several months ago. Apparently, the man was performing as a clown and took advantage of the trust of children. Thus, according to OIJ, managed molesting at least four of them.

In addition, Chaves had a radio on a frequency in the province, which was aimed at children. Police presumed that also used it to make contact with the children and then abuse them.

The arrest was made today at about 7:50 am

The subject was transported to a report to prosecutors.

Only in Costa Rica for Week of June 18th

So am I supposed to be alarmed at this. I put the blame on the Ticos. Why would you put your trust in a man or a woman dressed as a clown and in face paint to be with your children. This is both nieve and irresponsible. I bet it would be easy to drive up to any child in Costa Rica and get them into a van just by offering them candy. There is a underlying feeling of trust in Costa Rica and it is now turning its ugly head. Time to grow up Ticos, the dream of freebies and world handouts are over. Time to pay up and take care of yourself. Your easy prey.

What is more ridiculous is the sentence this piece of crap got….A judge ruled this afternoon Puntarenas four months of preventive detention against the clown accused of sexually abusing four girls. 4 months? are you kidding?

He works at the ministry of health so I am sure as a government employee he got leniency. they also said he has been reported of doing this since 2009.

If this ha been a gringo they would have thrown the book at him.

Tico’s who have sex with under age women and child predators seem to get a pass. It always the evil ‘gringo” who molesting their children when in fact it is their own family members. Shameful this clown should be put in prison with other molester!