Climate Change – We are on the Path to ‘Worst Case’ Scenarios

Climate change is already happening, and it’s time to get ready. Here’s how we could adjust our most basic needs–food, water, shelter–to survive. 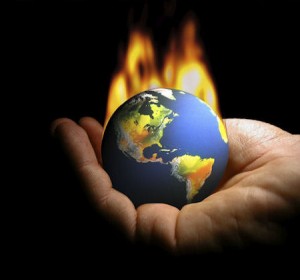 There is no longer any question of preventing climate change. Some 98 percent of working climate scientists agree that the atmosphere is already warming in response to human greenhouse-gas emissions, and the most recent research suggests that we are on a path toward what were once considered “worst case” scenarios.

How much warmer must it get before things really go to hell? “Climate sensitivity” remains a subject of intense investigation, and what counts as hellish is a matter of judgment, but United Nations climate negotiators have settled on a goal to limit atmospheric carbon dioxide to 450 parts per million, which would cause the global mean temperature to peak no more than 3.6°F above preindustrial levels. If it gets much hotter than that, we will most likely be confronted by levels of drought and severe storms for which humanity has no precedent. That sounds bad enough—and indeed, postindustrial temperatures have already risen by as much as 1.6°—but there’s increasing reason to believe, as James Hansen and many other climate scientists do, that severe effects will arrive well below 450 ppm, and possibly below today’s level of 396 ppm. Danger is much closer than we thought.

We will almost certainly blow past 3.6° in any case. One recent study found that the average global temperature would rise another 3.2° by the end of the century even if human carbon emissions dropped to zero tomorrow, a scenario that is, of course, extremely unlikely. Simply limiting the temperature rise to twice the “safe” level would require heroic, sustained global effort, a level of ambition that appears nowhere in evidence. And if humanity does nothing to restrain climate pollution, the trajectory it’s on right now could carry the rise to as much as 10° within the century.

We no longer have a choice about whether to confront major changes already in the works. By the end of this century, 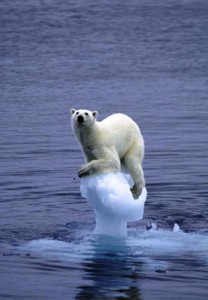 sea levels will rise, drought will spread, and millions of animals, human and otherwise, will be driven from their homes. Scientists call the process of preparing for these changes “adaptation,” but a more apt term can be found in the tech world: ruggedizing. Greater extremes require tougher, more resilient societies.

* * *
In 2009, researchers from the University of Oxford, the Tyndall Center for Climate Change Research and the U.K. Met Office Hadley Center organized a conference on what a change of 7.2° or greater might look like—oddly, one of the first concerted scientific examinations of the impacts of temperatures that high. Here are some of the results: 7.2°, which could conceivably arrive as early as 2060, would mean a planet that was hotter than at any time in the past 10 million years. By 2100, sea levels would rise by as much as six feet, leaving hundreds of millions of the world’s coast-dwellers homeless, even as huge swaths of the ocean itself became “dead zones.” Glaciers and coral reefs would largely vanish from the planet.

It may be possible to weather this onslaught if we begin preparing now, by building low-carbon, high-density cities away from the coasts, radically improving the efficiency of water and energy systems, boosting local and global emergency-response capacities, and adjusting to a less consumption- and waste-oriented lifestyle. But although humans are an ingenious species, some changes simply exceed any realistic capacity for adaptation. The real threat, the existential threat, is that climate change will gain so much momentum that humanity loses what remaining power it has to slow or stop it, even by reducing carbon emissions to zero. If change becomes self-sustaining, our children and grandchildren will inherit an atmosphere irreversibly out of control, with inexorably rising temperatures that could, according to one recent study, render half of Earth’s currently occupied land uninhabitable—literally too hot to bear—by 2300.

These are only scenarios spit out by climate models; there’s no way to predict exactly what will happen. It might be tempting to seize on uncertainty as reason to wait and see. Why prepare if we don’t know exactly what we’re preparing for? But the uncertainties in the science of climate impacts—and they are legion—make the future more perilous, not less. Things look bad, and if there’s a chance they could turn out better than expected, there’s also a chance they could turn out worse. Out on the “long tail” of the probability curve, there are small but not insignificant chances for damages that are, for all practical purposes, unlimited. For instance, if several of the world’s major land-based ice sheets melt, we could see a 40-foot rise in sea levels within centuries. 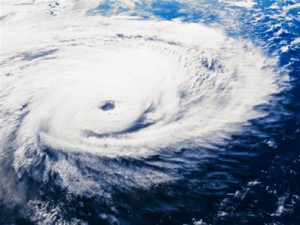 These are stark and discomfiting findings. Above all, they suggest that global temperature should be held as low as is still possible, at virtually any cost. But they also make clear that some changes are inevitable. We no longer have a choice between mitigating climate change and adapting to climate change. We must do both.

* * *
When we talk about adaptation, we often imagine accommodating a specific new set of conditions; a temperate place gets too hot, a cold place gets temperate, so we move our farms around and get on with it. But we simply do not know, and most likely will not for some time, what particular temperature we are bound for, or whether there will ever again be a stable temperature. It is not a specific set of conditions but uncertainty itself to which we must adapt.

Even as we remain flexible, we will have to think and work on a very large scale. Major infrastructure projects—highways, dams, levies, electrical transmission lines, trains and subways—represent investments meant to pay off over generations. The New York City subway system is more than 100 years old. Today there’s a nontrivial chance that much of Manhattan will be under water in 100 years. How do we invest in the future when it has become so cloudy and threatening? As the stories in this series report, scientists and engineers already have many excellent (and some less than excellent) answers. It can be done. But the time to do it is now.