Chinese Stunned as $2.8 Trillion Is Wiped From Markets 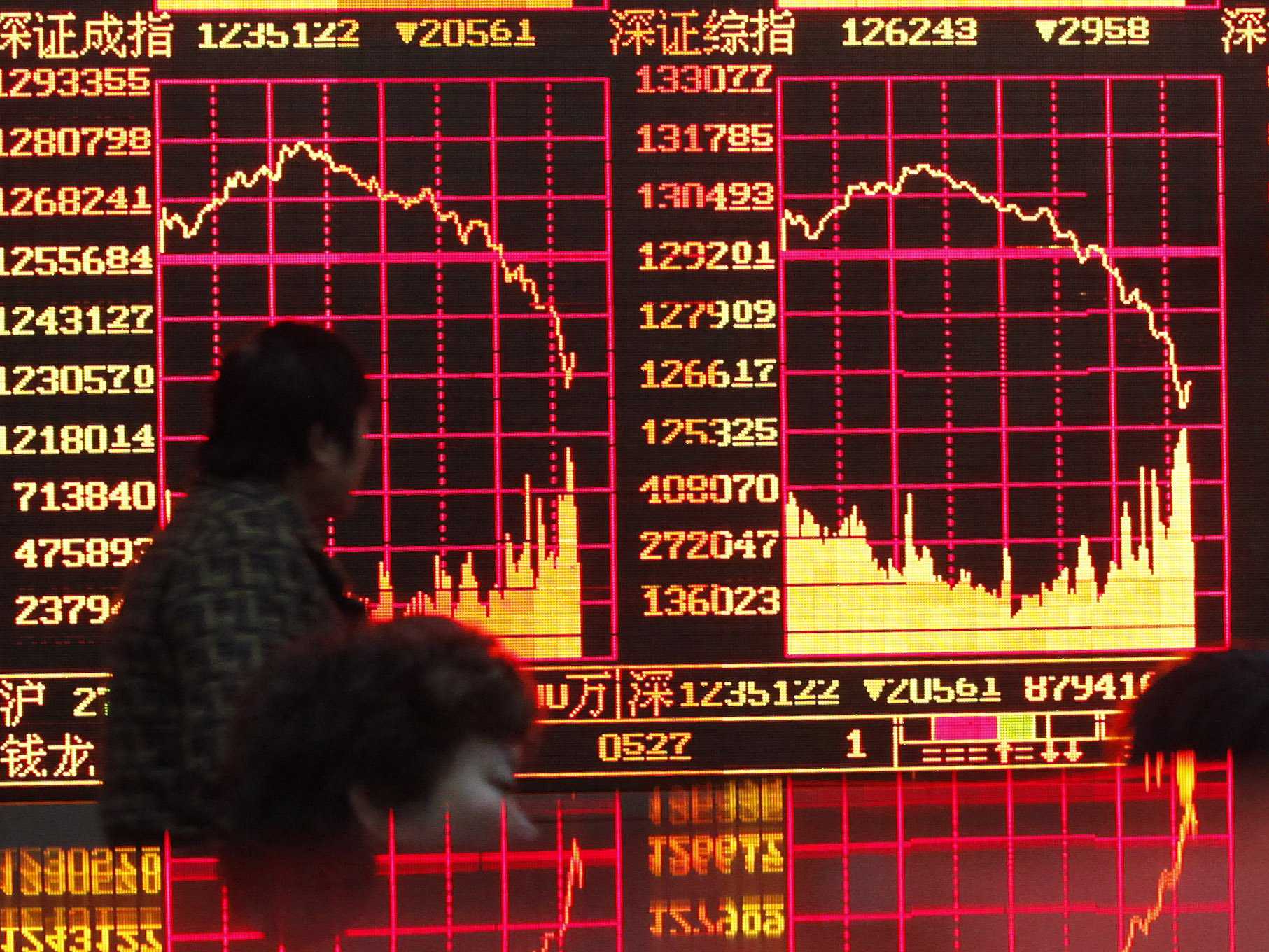 “I have been trading in the past few years, but this market plunge is unprecedented,” said one retiree, referring to the nearly 30-percent drop since the markets peaked on June 12

By early July, $2.8 trillion in value had been wiped out.

“Almost all of the folks here have lost money in the last few weeks,” added Wang, who asked to be referred to by his surname, like other investors NBC News spoke to on Monday. “Many of us here are retirees, we invest our pension money in the stock market

The recent falls have sent ripples of panic through the legions of retail Chinese investors, many of whom borrowed heavily to invest in largely unregulated markets that doubled in value during the last year alone. Financial insiders agree that the government hastened the bull run in order to help fund heavily-indebted companies and manufacture a “feel good” consumer spending boost.

Now the bubble in the Wild West of the investment world is bursting, prompting jitters about the stability of the world’s second-largest economy and providing a painful lesson that prices go down as well as up.

“I haven’t seen this market crash before,” said Chen, a retired factory worker. “The most frightening part is that the government is not giving reasonable explanation for this weird phenomenon, why the market has been dropping for several weeks now.”

Even extraordinary emergency measures unveiled Monday, such as a $19-billion rescue fund organized by the country’s regulators and funded by China’s top brokerage firms, failed to stem the fear among retail investors who conduct 85 percent of the market’s transactions.

On Monday, the People’s Daily — essentially the Communist Party’s mouthpiece — declared that “rainbows always appear after the rains” in an attempt to reassure investors.

These words did not halt the overall decline, however, and on Tuesday Chinese stocks fell again, with the CSI300 index of the largest listed companies in Shanghai and Shenzhen ending down 1.8 percent. The Shanghai Composite Index fell 1.3 percent.

Dissatisfaction with the government attempts to stabilize the markets is palpable among retail investors on the trading floors.

Regardless of what measures Beijing takes to help boost investors, experts say it was only a matter of time before the party ended.

is like a big casino and the Chinese love gambling,” said Hu Xingdou, professor of economics at the Beijing Institute of Technology. The stock market

valuation is out of line with the economic fundamentals, and this is due to speculation and government policy interventions.”

“The market could bounce back, but over the long term, I am not optimistic because China’s economic situation isn’t good, and the more the government intervenes, the bigger the market bubble becomes,” he added.

The current bloodletting would give way to a healthier market, countered Peter Alexander, managing director at China-based investment consulting firm of Z-Ben Advisors.

“I am not sure when it will bottom out, but I feel extremely confident in the long-term trajectory of the Chinese equities market,” he said.

Until the markets stabilize, it will be the little guys who will continue get hit the hardest.

Despite his losses, Ma held out hope that better days were ahead: “To lose hope is useless, we have no choice but remain optimistic.”