China Gets Ready for Baby Boom With New Two-Child Rule

World News – When Zhou Meifen gave birth to her second child not long after 12:01 a.m. on New Year’s Day, she dodged a $12,000 birth control tax by just a few minutes. 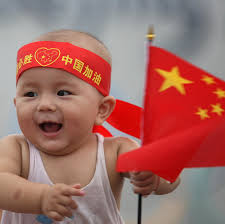 The 36-year-old interior designer from Wenzhou in China’s Zhejiang province was one of the earliest beneficiaries of the new law that took effect on January 1 which allows couples to have two children instead of one. If her baby had been delivered during 2015, she would’ve faced the hefty bill.

The country is expected to welcome as many as eight million extra new babies each year after the abolition of the controversial one-child policy, ushering in a new era of brothers and sisters for Chinese families.

The one-child policy was in place for more than three decades in China to control population growth. It also spawned the abuses of forced abortions and sterilizations and led to more boys being born than girls.

Experts predict that the two-child policy will boost the number of new babies born in China every year from 16 million to somewhere between 20 million and 24 million — almost equivalent to the population of Australia.

Despite being the most populous country on earth with nearly 1.4 billion people, the Chinese government abandoned the one-child policy in October over fears of a demographic crisis caused by an aging population, shrinking labor force and gender imbalance.

“It’s hard to say if the policy has come too early or too late,” said Professor Du Peng, a population expert at Renmin University.

China’s new policy “won’t solve all problems but it could help adjust the population structure and ease the pressure of aging,” Du told NBC News.

China’s Health and Family Planning Commission projected that the two-child policy will add 30 million extra people to the workforce by 2050.

All beds at Beijing’s leading maternity hospital are booked out until July. Maternity hospitals in the capital can accommodate 260,000 pregnancies annually but the number of births this year is expected to exceed 300,000, according to the state-run People’s Daily.

Many Chinese couples also avoided pregnancies in 2015 — which was the Year of the Sheep and therefore considered unlucky.

While some are predicted a national baby boom, birth figures are likely to vary by region and economic circumstances.

A survey conducted by the Fujian Health and Family Planning Bureau showed that about 40 percent of married couples in the region were planning to have a second child.

However, in Shanghai — where the cost of living is much higher — only about 25 percent of couples were planning to grow their families, according to a Liberation Daily report.

By by ERIC BACULINAO, NBC News

How Much Carbon Does Costa Rica Store?