Can China Be Stopped?

Economic vitality is the basis of political power. America’s economic and political dominance is on the wane in the world, while China is waxing everyone with it rapacious, communistic capitalism. The earth hangs in the balance. Can China, which has become the leading edge of man’s destructiveness, be stopped from destroying the planet? 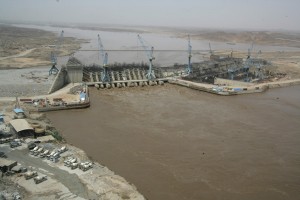 As China’s huge hydroelectric projects attest (200 dams all across the planet, from the Merowe Dam on the Nile in Sudan, to Ecuador’s $2.3 billion dollar Coca Codo Sinclair Dam), the People’s Republic of China is not content to wreak havoc just in China, but is hell-bent on pushing man’s earth-killing ways to their logical and lethal end.

Ironies abound. Communism, conceived and designed to produce a utopia of equals, in which the people owned the means of production, has morphed in China into the most grasping form of capitalism the world has ever seen. The rump of America’s consumeristic capitalism has been grafted onto the rump communism’s dialectical materialism, leaving the only option a global psychological revolution.

China has become the point of man’s barbaric spear, driving animals to extinction, making the earth unlivable not just for future generations, but living ones as well. We’re in a race between China’s brand of ravenous global state capitalism, and humankind’s spiritual awakening, with the human prospect hanging in the balance.

History is replete with examples of empires that clung to the last shreds of their former greatness, and thereby insured their precipitous decline and tumble onto the ash heap of history. America is a painful (to those living here) case in point.

The sapling of America was transplanted from the British Empire. It soon outgrew its parent tree, fought an unlikely war of independence, forged a new template for democracy in the modern age, and became an industrial juggernaut that spread over the world and seeded nations with its version of capitalism.

But one of America’s core traits, its resiliency, which really means the human ability to remake ourselves as the changing circumstances of history demand it, is in doubt. (‘Resiliency’ is a very popular word lately wherever English is spoken, indicating that the actuality is in danger.)

On the surface, nothing has changed in America, and people seem to be as materialistic as ever. But there’s a palpable hollowness to life in the United States since the financial crash at the end of the Bush-Cheney regime. People are going through the motions and carrying on the same way because they don’t see any other alternative.

It comes down to this: Can Americans ‘reinvent’ themselves again, in a much deeper way than ever before, and lead the world in a new direction?

Given America’s present and previous leadership, that seems unfathomable, but is there any other choice? Continuing along in the same ruts, while calling for renewing competitiveness and rebuilding infrastructure for the old consumeristic economy, is a non-starter.

The basic character of a people can change if three things are present: latent virtues, historical urgency and core resiliency. America has possessed all three in the past. Whether we still do as a people is an open question. But if we don’t radically change, we may as well cede the field to China. 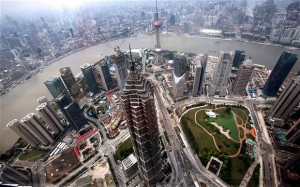 part of the new millennium as a last gasp attempt to maintain its former power and influence. China takes a longer view, since its leaders understand that no country can continue to dominate militarily for long as its economic base erodes.

Nothing attests to American foolishness and Chinese cunning more than the invasion of Iraq and China’s oil policy in its aftermath. “The Chinese had nothing to do with the war, but from an economic standpoint they are benefiting from it, and our Fifth Fleet and air forces are helping to assure their supply,” said Michael Makovsky, a former Defense Department official in the Bush administration who worked on Iraq oil policy.

That’s because, as the New York Times reported, “China is more interested in energy to fuel its economy than profits to enrich its oil giants.”

The shift from a materially oriented and outwardly obsessed culture to a spiritually oriented and inwardly flowering people is what the economic/political/media machine in America fears the most. New Age blather is fine; it makes people feel good, and threatens nothing under the surface its skates upon.

But a true inward turning scares the bejesus out of the powers that be. They’d rather continue to make pacts with formerly foreign devils, and lay waste America and Europe economically and culturally, than see a revolution in consciousness change the basic definition of the good life.

“We keep thinking that the answer to our sense of existential dissatisfaction is to buy more stuff: more stuff, and better stuff,” as a Buddhist I read recently puts it. And though it may seem paradoxical, the longer we continue to do so, the faster we’ll continue to lose ground to the Chinese steamroller. 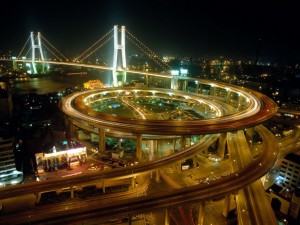 The ‘personal spiritual path’ movement has been a salve for many, but essentially it’s no more lasting or meaningful than last season’s Oprah. Something much deeper is urgently required.

The question is, are Americans, perhaps the most superficial people that ever walked the earth, capable of it? Can there be a true awakening, a turning within, without turning our backs on the world?

If America is to make a true shift from materialism to spiritual awakening, it has to be organic. We’ll have to grow our own buddhas, not import them from India, Japan and other nations that have denuded themselves by aping our materialism.

Returning to the metaphor of the fruit tree, it’s one thing to transplant a sapling to new soil; it is quite another to graft a branch onto a dying tree. The latter is the difference between European civilization imported to America in the 17th and 18th centuries, and Buddhism imported in the late 20th. It simply can’t take.

It turns out that the news of communism’s death was premature. Rather than transplant the American model for its market, the PRC successfully grafted American capitalism onto state control, producing a new, voracious beast of Chinese communistic capitalism. It has succeeded where Russia has failed, and the entire world is bowing down or knuckling under.

But as it dominates the world, China enmeshes itself in the human prospect. Does China’s foreign direct investment, and its insatiable appetite for resources and food, have a built-in brake? Or will global monopoly by one government lead to the mother of all economic crashes?

China’s economic power threatens to render the World Bank, IMF and WTO irrelevant, as the PRC creates its own bank and lending system to undercut the financial infrastructure America built after World War II. The United Nations is already all but irrelevant, as we can see with Syria, which is a sideshow as far as China is concerned.

Human rights are not on China’s agenda, nor any other ethical concern. As such, China at present represents the destructiveness of man vastly scaled up, far more than anything the world has ever seen. The PRC has become the biggest driver of the human crisis, and the litmus of its limits.

Of course, it’s true what Chinese leaders and intellectuals say, that the West had hundreds of years to develop, and largely plundered the planet. But the earth has limits, and man is pushing them to the breaking point. That’s why the global buy-out that China is carrying out for the sake of China is imperiling the earth and humanity.

Can a single government control the resources of the world? Human beings everywhere face a stark choice. Either intelligence breaks through before the old order breaks down completely, or humankind will endure the sum of all dark ages into the foreseeable future.

The Chinese leaders are banking on the need and greed of the Chinese people. But if Americans awaken, and lead from within, China, as well as its vassals in Africa and Latin America, could leapfrog over Western materialism and forge a new path to development.

For millennia the Chinese valued balance. It would be ironic if America pointed the way back to their better selves, and beyond. Of course if America continues to cling to the last shreds of its former dominance, we will lose everything. And very possibly so will humanity.

The false revolutions of communism and capitalism, wedded together, have become the greatest driver of a true revolution of insight, intelligence and cooperation within and between peoples.

The question is not, can China be stopped, but can man stop?