Travel News – Thinking of taking a flight to Costa Rica or somewhere else this summer? When it comes to summer airfare, not all months are created equal. June and August are less expensive than July, according to data from online travel agent Priceline. Expect to pay about $375 for June and August airfare — an increase of less than 2 percent since last summer — and about $390 for July airfare, right on par with summer 2012. 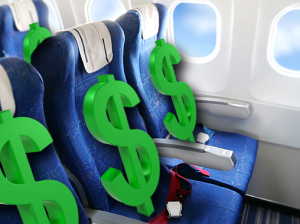 July is prime time for the annual family vacation, and the increased demand for air travel leads to higher prices. Weekends in July are so busy, in fact, that they often rival Thanksgiving weekend. In July 2012, the airlines carried 69.2 million passengers, according to the U.S. Department of Transportation’s Bureau of Transportation Statistics. In November of 2012, the airlines carried 58.7 million.

International fares are up since last summer. Priceline said travelers should expect to pay about $880 in August, the cheapest of the three summer months. August airfare is up less than 2 percent since last year. Airfare for June and July is up about 4 percent, averaging about $970 and $930, respectively.

Despite increases seemingly across the board, there are a few bright spots for air travelers: Orbitz reported a decrease in airfare to nine of the top 10 summer travel destinations. The most dramatic decrease was to Denver, where airfare has fallen 14 percent. Airfare to Honolulu and New York City was down 10 and 11 percent, respectively. The only one of the top 10 summer travel destinations with a year-over-year increase was Cancun, up 3 percent.

But summer 2013 air travel will bring more fees for fliers.

Frontier Airlines announced it would charge passengers who book at a third-party website a carry-on bag fee, becoming the second U.S. carrier (the other is Spirit) to charge for space in the overhead. The airline will also begin charging economy-class passengers for coffee and soft drinks — $1.99 — as of July 1.

United Airlines upped its change fee from $150 to $200 on domestic flights. The move was quickly matched by US Airways. Both United and US Airways now charge more — between $250 and $300 — for flight changes to Europe and Asia.

Can China Be Stopped?