Brexit Has Increased the Demand for Costa Rica Property 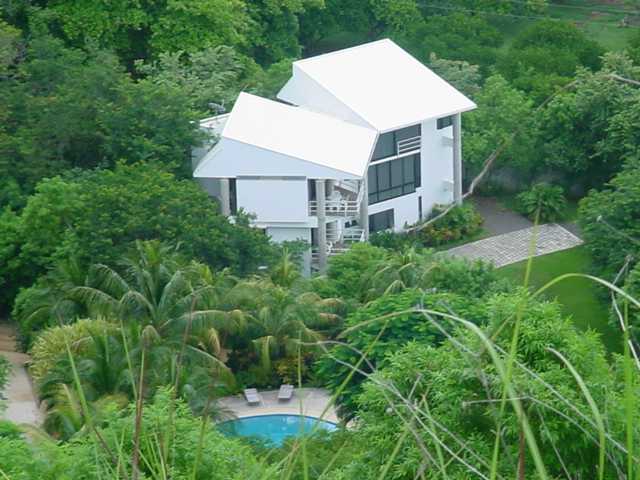 The Latin American Gallery says it is the first property consultancy in the United Kingdom specialising in high-end Latin American real estate and travel destinations.

Founder Alejandro Romei tells OPP.Today, “Our aim is to bring high standard properties in new locations for the UK market and to do so we carry out thorough due diligence on each property we introduce to be sure that is the right sound investment.”

Costa Rican property demand internationally has been on the rise since 2002 with an impasse during the financial crisis aftermath, he explains.

“American baby boomers were at the forefront of this demand looking for lower cost of living, proximity to unspoilt nature and above all a quieter pace of life from the frenzy of the city living. This demand brought a lot investments and improvements to the country’s tourism and the property sector.

“Foreign developers arrived, improving building standards to cater for this new clientele in Costa Rica, and the country’s tax incentives policy attracting English-speaking retirees made the country even more attractive to expats.

“Brits have started noticing it more and more in the last five years post financial crisis; in a way, looking for similar things as the American baby boomers did at the beginning.

“All this positive news about the country such as high levels of healthcare and one of the highest life expectancies in the world (contributing to achieve another time the accolade of Happiest Country in the World by the Happy Planet index), plus the much improved tourism infrastructure has paved Brits arrival.”

Alejandro Romei, a born and bred South American and his English wife Susannah Bown have launched the new venture after working in real estate for almost a decade in the Latin American and UK property market.

“This emerging market has enjoyed a good decade of economic bonanza that brought to the continent a lot of investment and improvement in infrastructure within different areas. Tourism and real estate were areas that benefitted and even more so with big European airlines adding new flight routes to the continent making it more accessible for travellers and investors.

“On another note, the unfortunate continuous terrorist threat in Europe has also contributed to raise Latin America’s profile in the international scene as a place to holiday, relocate or retire.

“We believe there is a gap in the market for the type of real estate products that we are going to offer as they will not only be new destinations for the European pallet, but also stress-free and sound sustainable investments,” says Mr Romei.

Another issue that has contributed to the rise in interest in Costa Rica property from UK investors has been the recent Brexit result.

“Due to the uncertainty of the pound fluctuation I would say it has contributed to make that decision even easier for retired people, and investors buying ahead of retirement looking for better weather living and make their money worth more in a lower priced property country which is in rising demand in the British market.

“The lack of strength that the pound is experiencing has made many people seize good opportunities and confirming this is the fact that enquiries for Costa Rican property in the first two months that we have been promoting it, have grown by 20% each month.

“This last point can be argued that it is due to the new direct flights from the UK by British Airways and Thomson Airways but the fact that there is greater demand for this destination means that more people are interested in the country and in the mid to long term a high percentage will end up inquiring for properties as it happens in every new travel destination.”

There are several reasons why investors are considering Costa Rican property, Alejandro Romei explains.”I believe that in every new destination there are always business opportunities and even more so for the Brits enterprising nature. Costa Rica is a country that has been rising continuously in many ways from the moment they abolished their army in1948 and concentrated those funds into healthcare and education turning this nation into a stable democracy with a strong growth economy.

“Education always brings better quality of life, wealth and standards of living and this country is the real example; having championed ecotourism now they are looking to establish themselves as a high-tech manufacturing hub attracting young talents from the developed countries to enhance their industry.

“Brit investors are attracted to this country for several reasons such tax incentives, better quality of life, better weather or natural beauty and all these are more than good reasons to safe guard their money in it.

“Investing in this new emerging paradise can only bring good dividends for them as many factors are pushing this emerging economy the right way and with it more investment opportunities. As a matter of fact, Jeffrey Mountevans, Lord Mayor of London visited Costa Rica in May to provide support in various areas such as infrastructure, financial technology, insurance, and public-private partnership opportunities as well as in their process for membership of the OECD.

“All these with the views of strengthening the investment opportunities that can arise to help support the next century of Costa Rica’s growth while rejecting any negative outcome from Brexit to future investments in Costa Rica.

“In our case we are offering fully managed luxury turnkey properties that owners can live all year round or let out to tourists as they are located in Guanacaste region, the most popular area for holiday rentals with the shortest wet season and fantastic weather most of the year. Here they can combine a lifestyle buy with a great long term investment that can achieve profits.”

The most popular area for foreign buyers which is Guanacaste, for its beautiful scenery, high quality living and return on investment rising at an average 35% year on year on property prices and a 20% on beachfront properties, according to encuentra24.com, a regional classifieds website used by local and international estate agents.

“This tendency commenced when American economy started its recovery from the 2008 financial crisis which brought a new surge of investment around 2012-13.

“Gated communities and condominiums have since been very popular among expats due to the facilities and the peace of mind they offer as they are fully managed for them so their investment is looked after.

“We believe that with all the recent continued exposure that the country is having it will keep the price increase tendency and more international buyers will be arriving to this market, loosening Costa Rica’s dependency on US buyers.

“This is a country that has proven attractive to investors for its relatively open investment and trade policies, relaxed residency laws as well as for being the most politically stable country in Latin America therefore we can’t see any unforeseen that will change this positive scenario in the near future.”

“The idea behind the meticulous selection is to introduce properties in emerging paradisiacal destinations with well-established democracies that will offer peace of mind in every aspect to the buyers and they won’t have to worry about any aspect when they are away.

“On top of this, 99% of the properties will be able to join a rental pool that will produce an income for owners making these high-end properties a fantastic lifestyle buy but also an income generating asset that will sustain itself. It is not about achieving great yields; it is about making the investment sustainable without owners having to maintain the property in every sense of the word if they wish to do so.”

One popular property is The Palms Private Residence Club in Playa Flamingo, Costa Rica, in the heart of Guanacaste’s Gold Coast.

There are two and three-bedroom properties available at the complex with prices starting at US$899,000. Owners have the option of renting their villas when they are away and everything is taken care by the management on-site. The Latin American Gallery will be arranging bespoke inspection tours for prospective buyers.

Mail Carriers in Costa Rica Complaining About Too Much Work