World News – Barrack Obama has won his second term.  It is no longer in doubt he has won! Congrats now it is time to actually make some changes and get the nation going in the right direction. He has until the world ends on December 21st. 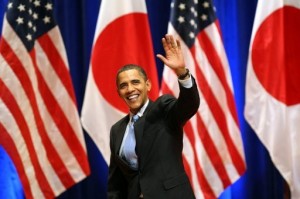 US President Barack Obama rolled to re-election Tuesday night, vanquishing former Massachusetts Governor Mitt Romney despite a weak economy that plagued his first term and put a crimp in the middle class dreams of millions. In victory, he confidently promised better days ahead.

Obama spoke to thousands of cheering supporters in his hometown of Chicago, praising Romney and declaring his optimism for the next four years. “While our road has been hard, though our journey has been long, we have picked ourselves up, we have fought our way back and we know in our hearts that for the United States of America, the best is yet to come,” he said.

Romney made a brief, graceful concession speech before a disappointed crowd in Boston. He summoned all Americans to pray for Obama and urged the night’s political winners to put partisan bickering aside and “reach across the aisle” to tackle the nation’s problems.

Still, after the costliest – and one of the nastiest – campaigns in history, divided government was alive and well. Democrats retained control of the Senate with surprising ease. With three races too close to call, they had the possibility of gaining a seat.

Republicans won the House, ensuring that Speaker John Boehner of Ohio, Obama’s partner in unsuccessful deficit talks, would reclaim his seat at the bargaining table. With numerous races as yet uncalled, the size of the GOP majority was unknown.

At Obama headquarters in Chicago, a huge crowd gathered waving small American flags and cheering. Supporters hugged each other, danced and pumped their fists in the air. Excited crowds also gathered in New York’s Times Square, at Faneuil Hall in Boston and near the White House in Washington, drivers joyfully honking as they passed by.