World News – A baby thrown from the window of a blazing high-rise apartment building in London early Wednesday fell at least nine floors before being caught by a bystander, according to a witness. 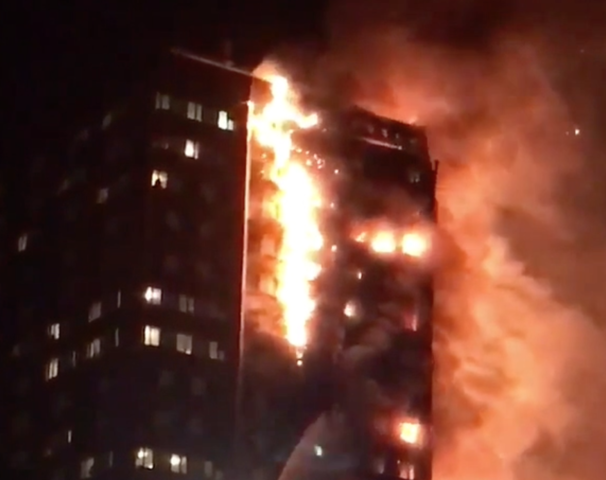 “A woman appeared at the window gesturing and trying to get someone’s attention,” Samira Lamrani told NBC News. “She had the baby in hand — she was gesturing like she was going to throw the baby out.”

She added: “She wrapped the child up in some sort of thick blanket, and then just dropped the baby out of the window.”

Lamrani watched as a member of the public caught the infant — “miraculously,” as she put it.

“The baby just sort of dropped in a straight line, and a guy just ran forward and the baby fell into his arms,” she said.

According to Lamrani, some people trapped inside the 24-story Grenfell Tower were “banging, frantically smacking the windows trying to get out.”

She added: “The look of frustration on their faces, as if to say … ‘we’re burning and no one is doing anything.'”

Lamrani also recounted seeing a man on a lower floor who was “literally begging for his life” as the flames approached.

“He obviously couldn’t find an escape route and he couldn’t leave,” she said. “We were gesturing for him … to jump out. You know, a few broken bones and at least you have your life.”

She added: “In my 29 years of being a firefighter, I have never, ever seen anything of this scale. This is a major fire that’s affected all floors of the 24-story structure from the second floor upwards.”