Arrests Made For Turtle Hunting in Costa Rica 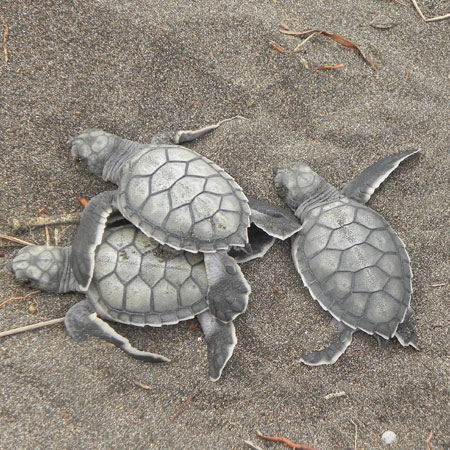 The activity was discovered by representatives of the Ministry of Environment and Energy when they spotted a fishing boat in the area. Park rangers followed them and saw three turtles and several harpoons.

The subjects tried to clean the boat to wash away evidence but blood and shell parts were found. Two weeks ago, the same boat was spotted but the suspects got away and hid.

The apprehended are all from Limon. They were placed under the orders of the Public Ministry.

The boat was transferred to the Minae pier in Tortuguero. On July 1, Sinac officials found a dead green turtle with a harpoon wound.

Article 6 of the Law on Protection and Conservation of Sea Turtles states that whoever kills, hunts, captures, transports or trades sea turtles will be punished with imprisonment of one to three years.