And World War III Will Be Started by….Israel

World News – Israel is launching it missiles it seems almost daily at Syria.  The real question though is when do these launches start heading towards Iran.  The result of this will have a snowball effect and lead to global war.  The attacks will not be isolated to the the Holy Land, they will end up in the backyard of the USA. Will it be Israel that starts World War III? 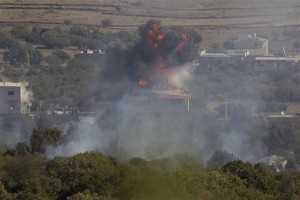 A series of massive explosions illuminated the dark sky over Damascus early Sunday, igniting renewed claims that Israel has launched attacks into the war-torn country.

Syria’s government said the explosions were the second Israeli airstrike in three days. The latest target, officials said, was a military research facility outside the Syrian capital. A top Syrian official told CNN in an exclusive interview that the attack was a “declaration of war” by Israel.

Syrian authorities vowed to retaliate against Israel but did not specify what action they would take.

The Israeli military would not confirm or deny the Syrian claim that Israel fired rockets that hit the Jamraya research center in the Damascus suburbs.

The Israeli military did not comment on the U.S. claim. But Israel has long said it would target any transfer of weapons to Hezbollah or other terrorist groups as well as any effort to smuggle Syrian weapons into Lebanon that could threaten 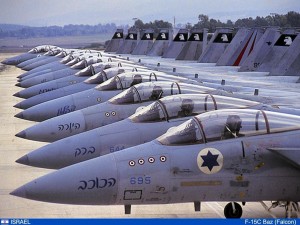 “We are watching everything when it comes to the movement of these types of weapons. We have the means to do that,” a senior Israeli defense official told CNN’s Sara Sidner on Sunday. The official is not authorized to speak to the media.

Shaul Mofaz, a lawmaker in Israel’s Knesset, told Israeli Army Radio on Sunday that Israel isn’t meddling with Syria’s civil war. But Israel must protect itself from Lebanese militants, he said.

“For Israel, it is very important that the front group for Iran, which is in Lebanon, needs to be stopped,” Mofaz said.

“Everything that goes into the hands of Hezbollah is not directly related to the rebels. Israel never interfered in the past or today in their actions. Nevertheless, I need to say that Hezbollah is deeply involved up to its neck in what is happening in Syria. Hezbollah helps the Iranians navigate against the rebels.”

The Reason for Crappy Driving in Costa Rica?