In the late eighteenth century, a boat anchored at Cocos Island. Captain James Colnett sought whales and said the place was an oasis in the middle of the Pacific. He introduced pigs, goats and planted some plants that served as food to the island. 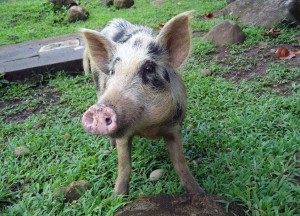 Today, more than 200 years later, the pigs, goats and plants harming the ecosystem of native species that inhabit this national park.

Pollution of water sources due to excreta, carrying parasites, erosion and destruction of native flora and fauna are some of the problems that they cause.

One more problem: the dispersal of seeds, which favors the spread of exotic plants that displace native species, thus modifying the shape of the forest and, therefore, it modifies the functions that this holds for birds, reptiles and crustaceans.

In other words, the original ecosystem of the island might not be the same due to the action of these species of animals and plants.

For example, cats feed on finches and cuckoos, two bird species are endemic, ie there is no other place than Cocos Island.

As for the flora, a report by the organization-funded Natural Onca UNDP (San Jose Costa Rica), GEF and FFEM-warned that there are 71 species of exotic plants.

According Geiner Golfín, administrator of the protected area, the most problematic plants are the vine ( Entada gigas ) and hibiscus ( Hibiscus elatus ). However, there is presence of guava, banana, lemon and papaya, among others.

Before making any management decision, it performs a series of studies to determine the population density 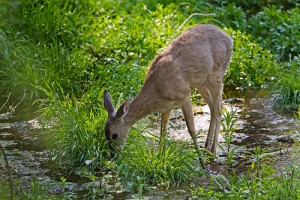 of species, their distribution and the damage they cause.

“When it comes to mammals, which could happen is that if one were not caught sight in the eradication process, these will be reproduced in greater numbers because they would have more food and more which would cause a population explosion. The damage would be worse, “said Esteban Herrera, deputy administrator of the park and head of natural resource management.

One such study has been conducted. They install cameras at six sites on the island in order to monitor the movement of animals. For the two other ongoing studies, one feeding on rodents and other pig genetics, it has the support of students doing their master thesis.

Why not move the deer and pigs to the mainland? “These animals are hundreds of years of being isolated from other people and we do not know if genetically changed. To interbreed very little genetic variability and this may have caused illnesses that could be transferred to another population, “said Herrera.

In parallel studies, other efforts. For example, in the case of plants that produce fruits, established a management area. This is a plot of 225 square meters where the plants were moved. “We collected ripe fruits before they fall to the floor and prevents seed dispersal,” said Golfín.

It also built a “compost” where you put food scraps, peels and seeds to rot from the action of microorganisms such as lactic acid bacteria and fitotrópicas and yeasts.

“This process leads to higher temperature, 70 ° C, which causes the seeds are dormant,” Herrera said, adding: “This is not to generate compost for planting, but the land that is produced is returned to the compost. Is a closed circuit to disable the seeds germinate and not. “