ADHD in Kids Up 24% in Last Decade

Overall, about 5 percent of nearly 843,000 kids ages 5 to 11 were diagnosed between 2001 and 2010 with the condition that can cause impulsive behavior and trouble concentrating. But during that time, rates of new ADHD diagnoses skyrocketed 24 percent – jumping from 2.5 percent in 2001 to 3.1 percent in 2010. 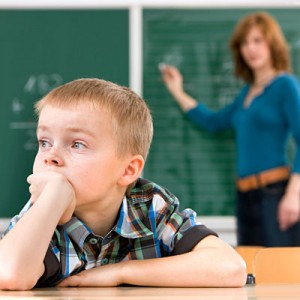 That’s according to a comprehensive review of medical records for children who were covered by the Kaiser Permanente Southern California health plan. Rates rose most among minority kids during the study period, climbing nearly 70 percent overall in black children, and 60 percent among Hispanic youngsters, according the study published in JAMA Pediatrics. Among black girls, ADHD rates jumped 90 percent.

Rates remained highest in white children, climbing from 4.7 percent to 5.6 percent during the study period.

The biggest factor driving this increase may be the heightened awareness of ADHD among parents, teachers, and pediatricians, says the study’s lead author Dr. Darios Getahun, a scientist with Kaiser Permanente. For kids who need help, that’s a good thing, Getahun says.

“The earlier a diagnosis is made, the earlier we can initiate treatment which leads to a better outcome for the child,” he says.

Unlike previous studies in which researchers relied on reports from parents and teachers to say whether a child had ADHD, the new study tracked kids who were diagnosed according to ADHD medical codes entered by child and adolescent psychiatrists, developmental and behavioral pediatricians, child psychologists and neurologists.

ADHD is one of the most commonly diagnosed childhood disorders. Experts estimate that anywhere from 4 percent to 12 percent of school-age children are affected, many of whom continue to suffer from the disorder into adulthood.

Rates of diagnosis in the new study were greater in families with higher incomes, with nearly three-quarters of kids with ADHD coming from families that earned more than $50,000 a year.

“Higher rates of ADHD observed in affluent, white families likely represent an effort by these highly educated parents to 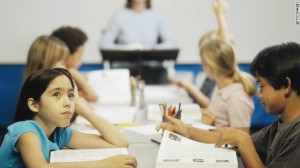 seek help for their children who may not be fulfilling their expectations for schoolwork,” Getahun and his co-workers write.

Boys still outnumber girls 3 to 1 in ADHD diagnoses, but the gap appears to be closing among black girls.

“The increasing rate of ADHD among girls is an interesting finding and could represent an effort by parents to get more help for their daughters,” the authors say.

There was no change in the rate among Asian kids, but Getahun suspects this may have something to do with culture. Asians, as a rule, have been less likely to use mental health services and are more likely to discontinue therapy despite having equal access to care, Getahun says.

A child development specialist unaffiliated with the new study says he suspects that increased awareness of ADHD may have contributed to the increasing rate of diagnosis.

“Heightened professional awareness in general and improved efforts to detect ADHD exert an influence, but we cannot tell the magnitude of that,” says Alan Kazdin, the John M. Musser Professor of Psychology and Child Psychiatry at Yale University.

With all the coverage of the condition in the media, parents and teachers now have a better sense of what signs to look for, Kazdin says.

“Heightened awareness in the media, by parents and by teachers, too, may play a role. A child who in previous years just was said not to be able to control himself might now be more finely described.”