Accountability in the Costa Rican Government? Not So Fast

Costa Rica News – Who is in charge of holding the deputies in the Costa Rican government accountable for their actions? The finger pointing has begun. 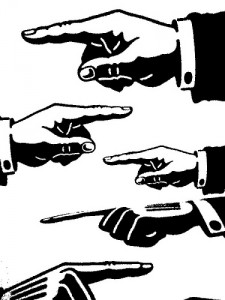 A legal dispute among the Comptroller General’s office and the Supreme Electoral Tribunal can not proceed to suspend without pay the deputies who have been accused of irregularities among their assignments.

The General Comptroller, Marta Acosta, states that the Supreme Electoral Tribunal is the only institution with the responsibility and freedom to punish those municipal deputies that are doing things wrong and getting away with it.

The Supreme Electoral Tribunal denies that this function is of their concern. They say they should not be the ones to execute such punishments. According to Juan Luis Rivera, the Comptroller has enough legal tools to execute those tasks.

Who is responsible to apply the sanctions indicated? This is still not clear and no answer seems to appease everyone. Eight complaints were filed before the Administrative Court regarding this argument.

I guess no one wants to be the one that has to try to keep track of all the corruption in government.