The animal spotted me jogging up the path in the city park. It was the size and shape of a dog, but moved like a cat. 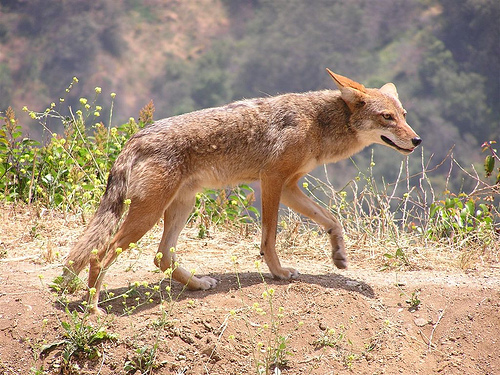 I’d just had an excellent sitting beside the stream, awakening the mind in meditation—essentially the complete quieting of thought and thinking. The animal stopped and turned to look at me about 100 meters ahead, and then again at 75 meters, before scooting into the brush around a turn.

I didn’t think I’d be able to confirm its identity. But as I made the turn and looked to the right, there it was, only about 5 meters away, standing on a log staring at me. A coyote!

In over 15 years, it’s the first coyote I’ve seen in Lower Park, the jewel of this mid-size town. The park is about a quarter mile wide and follows a bucolic creek, which runs through the college and rapidly growing small city.

In a meditative state, without the filter of knowledge and the flood of the known, one’s senses are sharp and attuned, and the mind is quiet and present. So I found myself standing face to face with a full-grown coyote in the prime of its life, its gray bushy tail held out straight, its ears up, and its eyes piercingly alert. The encounter was both completely incongruous, and completely fitting.

We stood motionless for some timeless seconds staring at each other. I could feel its curiosity and intelligence. Suddenly the species barrier fell away. We were simply two beings looking at each other, a large, healthy animal in the middle of the man-made world, and a human in a meditative state transported beyond it.

I was not on drugs, and it was not a hallucination. It was a strange experience, beyond the power of science and the rational mind to explain, and explain away.

A person whose mind is in meditation stands out like a coyote in a city park, but perhaps only the coyote sees him. Even so I ask myself, why does the brain return to the effluent of experience rather than remain in the ecstasy of emptiness?

A cyclist came riding up the path 100 meters away, and I turned to look. Though out of the coyote’s line of sight, when I looked back the next second it was gone. The fissure in time and space, the opening of a dimension between and beyond particular species and worlds, had closed.

I returned to the world of cyclists and runners, and was ostensibly one of them. But something had changed within one.

Native Americans spoke about such experiences, and their myths flowed from them. The coyote figures prominently in these myths. For some tribes he was mainly as a trickster, for others a transformer.

According to Crow and other Plains traditions, the coyote was second only to the Spirit Chief in its powers of creation. “Old Man Coyote took up a 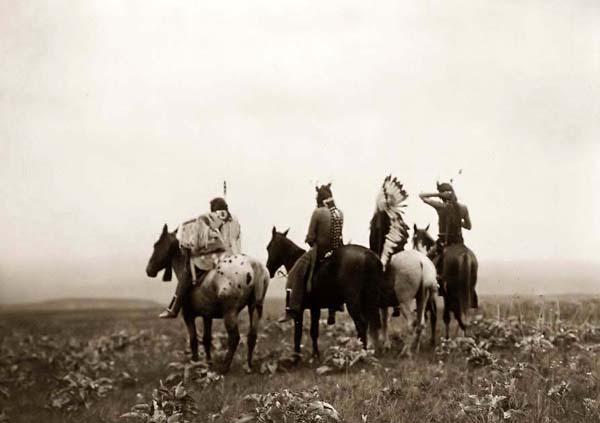 handful of mud and out of it made people,” they believed. “Old Man Coyote named buffalo, deer, elk, antelope and bear. And all these came into being,” the Crow said.

The Miwok of the Central Valley and western slopes of the Sierra Nevada saw the coyote as an essential force in the creation of the earth. Other tribes, such as the Chinook, saw the Coyote spirit as responsible for bringing death to the human world.

Sometimes associated with traits such as greed, impulsiveness, recklessness and jealousy, many coyote myths were highly sexualized. The stories associated with him offended the Victorian sensibilities of European settlers.

All myths are really about humans and their place in nature, as well as our powers over the earth and in the world. Into the coyote above all animals was projected the creative/destructive power of humans, a power potentially for good but increasingly for ill on earth.

Whether as creator, trickster or culture hero, the coyote in Native American mythology symbolizes the capacities and contradictions of the human mind. To have a close encounter with one in the wilderness, or in the city, is an experience one will never forget.

What Will Costa Rica’s Path Be to the World Cup in Russia?