A Thought Experiment, Story and Insight

Here’s an interesting thought experiment, inadvertently posed by the paleontologist Scott D. Sampson. It points to the core questions and insights of the evolution of consciousness in the universe. 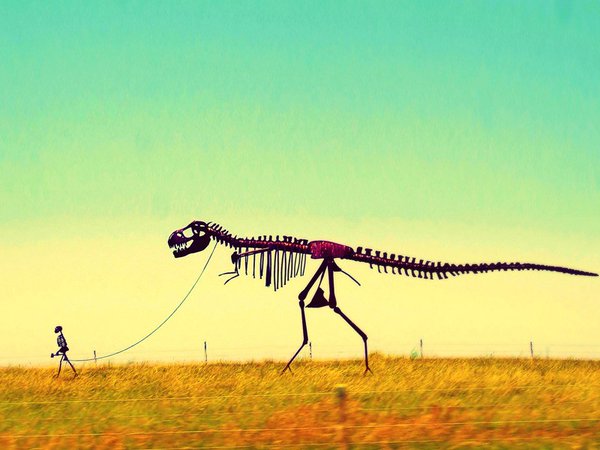 I say ‘inadvertently’ because Dr. Sampson takes the facts he powerfully presents at face value, and the questions they evoke as foregone conclusions. Here’s his evocative statement in the context of an essay entitled “Evoliteracy”:

“All species, including humans, are inextricably interwoven into the history of life. Life’s unfolding is a tapestry in which every new thread is contingent on the nature, timing and interweaving of previous threads.”

That’s true, but as Sampson says in the previous paragraph, the cosmic contradiction is that “biologists estimate that if current rates of human-induced extinctions continue, half of the 10 million to 30 million with which we now share the biosphere will be extinguished by the close of the century.” (News to me: the margin of error for biologists is 20 million species?!)

The Sixth Extinction at the hands of the only sentient, potentially sapient species on earth poses a question no scientist I know is asking. Given that humans are inextricably woven into the tapestry of life, how and why are we fraying the fabric of life to the breaking point on this planet?

Clearly, the evolution of symbolic thought is an emergent phenomenon in nature of a completely different order. Conscious thought is essentially and rightly separative; that is its great adaptive value. But without self-knowing and insight, thought is divisive and accumulative. Unchecked by awareness, thought produces more and more fragmentation and pollution, which in turn are generating increasing pressure for transmutation.

Sampson says, “If we could ‘rewind the tape’ of life back to the beginning and let it play out again, the results would undoubtedly be dramatically different, even unrecognizable. Indeed the odds of re-evolving primates—much less humans—are virtually nil, even given billions of additional years.”

A few sentences later he delivers what he thinks is the philosophical coup de grace to any notion of teleology in cosmic and terrestrial evolution:

“Had the major extinction of the dinosaurs occurred earlier or later, or had the dinosaurs never evolved, subsequent organisms would have been wholly different, and we would not be here to contemplate nature.”

We would not be here certainly, as individuals or as humans. The question is, would another sentient species be here, contemplating nature and facing the same self-made existential crisis humans now face?

While it’s true that “we owe our very existence to this unique, multibillion year concatenation of events,” there is a drive in cosmic and terrestrial 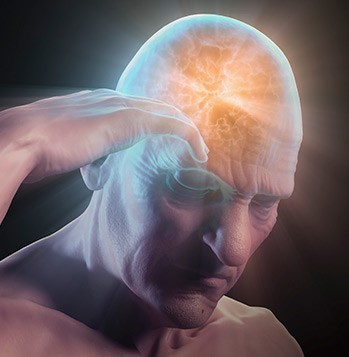 There’s a kind of anthropocentrism still at work in the notion of absolute uniqueness of the human form. It may well be that some other expression of sentient, potentially sapient life may exist on earth, or any earth-like planet, under the rubric of a different unfolding tapestry.

My heart, head and gut tell me that evolution has an intrinsic intent to evolve brains like ours, brains that can “contemplate nature,” and us in nature.

If so, the mistake is confusing the physical form—the human brain and body—with the drive of life for the potential consciousness that our brains confer. That drive and potential does not exist because we exist, but we exist because it exists.

(We can only speak of our brain’s potential for consciousness because we humans are generally half awake at best, and at worst, completely asleep.)

As environmentalist Thomas Berry has written, “tell me a story of the river and the valley and the streams and the woodlands and wetlands, of shellfish and finfish…a story that brings us together under the arc of the great blue sky in the day and the starry heavens at night…”

We need a new story of humanity’s place in nature that rings true at the emotional level, a story that speaks to both man’s destructiveness and the human being’s potential for a newfound harmony with nature.

This is such a story. However I fear that if the living generations cannot now awaken the insight that is beyond words and stories, the earth will become a barren planet, and humankind a barren species.

How Many Crimes in Costa Rica Go Unreported?