A History of the Sinaloa Cartel; “El Chapo” Escape

World News – Joaquin “El Chapo” Guzman, the billionaire kingpin who escaped from a Mexican prison over the weekend, is the notorious face of the Sinaloa cartel, the world’s most powerful drug trafficking organization. 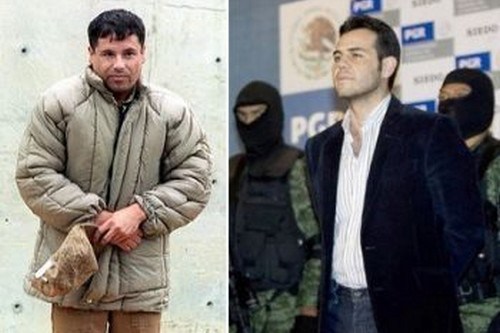 But he’s not its only leader.

He never has been.

In fact, Sinaloa has survived since the 1980s in large part because it eschews traditional hierarchy, and instead operates as an partnership with some of Mexico’s top traffickers.

The leaders run their own organizations that cooperate and protect each other, and outsource foreign operations to local groups. Much of their power derives not only from the murders of rivals, cops and journalists, but also through bribery. The cartel is believed to maintain deep connections into Mexico’s governing elite, including politicians, military and police.

Over the years, the cartel has branched out from its original cash crops, marijuana and cocaine, and into heroin and methamphetamine. It knows how to exploit an opening in the market: U.S. officials say that several years ago, the Sinaloa noticed an uptick in demand for heroin, much of it among people who had become addicted to painkillers, and responded by cornering the market with purer, cheaper dope.

These days, the majority of the heroin imported into the United States is supplied by Mexican cartels, most it handled by the Sinaloa.

The cartel is named after its home state in the rural Pacific Coast. Its first leaders were members of a small group of farming families who transitioned from more traditional contraband to marijuana in the 1970s.

Many of them were related by birth or marriage, and were sometimes referred to as “The Blood Alliance.”

One of those early leaders, Pedro Aviles, brought in Guzman as an apprentice when El Chapo was still very young. As the group’s operations began to expand, it moved HQ to Guadalajara, establishing a base through which it could build relationships with Colombian cocaine traffickers. The Mexican partners coordinated bulk shipments of the drug from into Mexico and on to the United States.

The Sinaloa cartel, as it is known today, was founded after the breakup of that Guadalajara-based organization, which was prompted by the 1985 murder of 37-year-old DEA Special Agent Enrique “Kiki” Camarena.

Guzman and a partner, Hector Luis Palma, returned home to Sinaloa, while other member of the original group went off to form their own cartels. 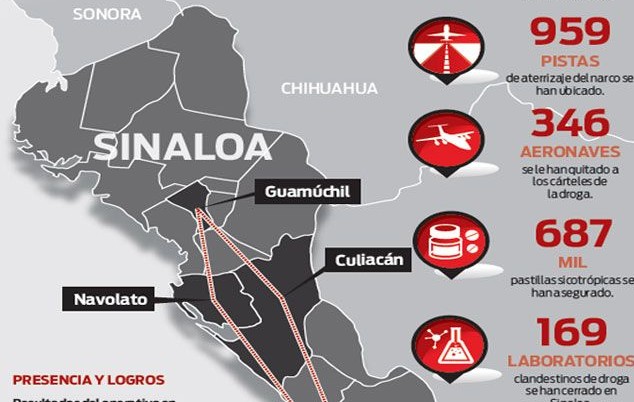 Those groups promptly turned on each other and in a 1993 retaliatory shootout, Guzman’s rivals mistook a Catholic cardinal for him — and shot him dead. That set off a massive crackdown that led to Guzman’s arrest and imprisonment.

He continued to play a leadership role with the cartel behind bars, and assumed a more active role in 2001, when he escaped in a laundry cart with the help of associates and guards.

The Sinaloa cotinued to expand its operations, taking control of drug trafficking routes across the Western Hemisphere, using its reliable combination of bribes and bullets. Tens of thousands of people have dided in those wars, officials estimate. Sinaloa now stands atop the heap, with strong competition from the Jalisco cartel and the Zetas gang.

With Guzman’s re-arrest last year, some officials expressed hope that his capture marked the beginning of the end of the Sinaloa cartel. A feared uptick in violence did not materialize, however.

Now, it appears Guzman has a chance to make up for lost ground.