Costa Rica News – When the Costa Rican government makes laws I guess people can decide which ones they want to follow and which ones the government will actually enforce. We all know that not paying a mandatory minimum wage happens from time to time, but in Costa Rica this percentage is astronomical, 26%. 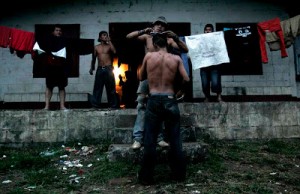 Though there was a reduction from 2009, currently 26.5% of private employers do not pay their employees the minimum wage set by Costa Rica employment laws.

The ministry said that in analyzing the education of people not receiving minimum wage, the people who have no academic degree are the most violated of this right.

Meanwhile, the two age groups most affected by this violation  are the people between 15 and 24 years, and 55 years or older.

One in three employees do not receive bonuses.

The same study noted that there are more than one million people in poverty.

Ok so in regards t this study, what is the Costa Rican government going to do about it? Really 1 out of 4 businesses violates this law and there is no plan t remedy it? The gap between those in poverty and the rich seems to grow greater every single day.

How Arousal Overrides Disgust During Sex