Let’s head back in time to revisit this on the anniversary of the downfall of the entire Villalobos operation in Costa Rica and revisit why this was so important in Costa Rica.  “The Brothers” will never be forgotten and their mark has been left forever in Costa Rican lore. 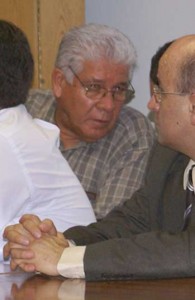 To begin somewhere in the middle, there is this question:

Why did Peter K. Blume, a lawyer at the Downtown Pittsburgh law firm Thorp Reed & Armstrong, write a threatening letter to the president of Costa Rica in March?

Turns out it was a bit of hardball lawyering, one of many strange developments in a tale of greed, fraud and accusation playing out for the past year in Costa Rica.

At the center of the story is a ton of money, maybe $1 billion, that no one can find, and a bespectacled investment guru named Luis Enrique Villalobos, who has become an international fugitive.

Villalobos, 63, and his brother, Oswaldo, ran The Brothers Fund out of an office in a shopping mall in San Jose, the Costa Rican capital. For 20 years, they paid up to 3.5 percent interest in cash every month to some 6,400 American retirees who didn’t ask too many questions.

Investors joined by invitation only, put in $10,000 to start and then settled back to collect their interest, which could reach a fantastic 42 percent a year.

Costa Rica has long been a haven for U.S. retirees because the weather is tropical and the cost of living is low. About 35,000 Americans and Europeans, many of them veterans, are believed to live there.

The Villalobos operation was a magnet for them.

“He gave you a chat and a handshake,” said John Lindheimer, 40, of Ross, a former investor who runs a gym and a disco in San Jose. “Religion was involved. He had a church he supported. He even administered communion for some investors. Some people still think he’s coming back with the money.”

The Brothers Fund ran smoothly until 2001, when Canadian police said Canadian drug dealers were using it to launder money. Costa Rican officials announced they’d also been investigating, suspecting the fund was really a giant Ponzi scheme in which earlier investors are paid off with money from newer ones.

A judge froze the brothers’ bank accounts. But the total came to $7 million. No one knows where the rest is. One estimate puts the figure as high as $3 billion, although a more realistic number is probably somewhere between $300 million and $600 million.

Oswaldo Villalobos is in jail. But no one can find Luis Enrique Villalobos, an adventurer who once aided the Contra rebels in Nicaragua and is rumored to have CIA connections. Maybe he’s in Nicaragua. Maybe Romania. Who knows?

For a while, he was sending e-mails to Costa Rican newspapers asserting his innocence.

“I deny and will always deny that my brother Oswaldo and I are linked to illicit activities of money laundering and narcotraffic,” he wrote online in January. “I beg God to strengthen me in these difficult moments.”

He said if his investment outfit really was a pyramid scheme, it would have fallen down long ago.

Where is our money?

Wherever Villalobos is, his enraged clients have hired lawyers to get their money back.

One group, called the Class Action Center, hired a Canadian law firm to take the case to international arbitration through the World Bank. The claim is that the Costa Rican government should be held liable for negligence in allowing the Villalobos operation to run unchecked for two decades.

Another group, United Concerned Citizens & Residents of Costa Rica, hired the recently fired minister of justice, Jose Miguel Villalobos, to put pressure on the government to get on with the case.

Jose Miguel Villalobos, who is no relation to the brothers, has pushed the theory that Costa Rican officials and the national banks are railroading Luis Enrique and Oswaldo Villalobos to eliminate the competition for American dollars.

It’s a popular notion because many investors remain convinced that Luis Enrique Villalobos is decent and God-fearing and couldn’t possibly be involved in crime.

“This is a good man,” said Michael Jean Nystrom-Schut of Indianapolis on one Web site. “He’s done no wrong. He’s an honest friend to us all. And as for a lingering question or two: Where is our money? Well, it’s out there … intact and safe. Will we see all or most of it ever again? If Enrique has anything to do with it, yes, we will.”

To get that money back, Blume tried an unusual gambit.

In a March 19 letter to President Abel Pacheco on Thorp Reed stationery, Blume said if Pacheco didn’t intervene to turn 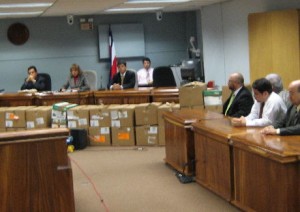 over all investor money by April 10, Cornerstone “would have no choice” but to send out a news release saying Pacheco and his government are crooked.

One of Cornerstone’s U.S. clients, the release says, was a disabled, retired teacher who had invested with the brothers and whose husband was killed on Sept. 11, 2001. The story said the government’s case against Luis Enrique and Oswaldo Villalobos, whom the authors said provided “impeccable service” for two decades, was orchestrated by bankers with ties to Pacheco.

With Pacheco’s help, the release said, “The large banks finally brought enough pressure on the government to force the closure of the Brothers’ businesses and a move to confiscate the operation.”

The story said Luis Enrique Villalobos fled not because he’s a criminal but because he wanted to remain in a position to fight for his clients and his brother.

“The threat by the lawyer was so lame,” the daily A.M. Costa Rica newspaper said, “it left many shaking their heads wondering what was his strategy.”

For his part, Pacheco has said the investors had only themselves to blame.

“The Bible says the number of fools is infinite,” he told The Wall Street Journal.

The April 10 deadline came and went, and the media never ran the article. But Blume defends his actions as a necessary tactic in a country where the rules are different.

“When you don’t seem to be getting anywhere in court proceedings or getting a response from prosecutors, which we feel we have not, then you try to appeal to whatever higher authority you can,” he said.

“From my standpoint, you try [to] get anybody’s help and interest that you can down there. Certainly, I wouldn’t write a letter like this if it were [in the United States.]. Certainly, you wouldn’t expect a [local] politician to get involved in a court case.”

Blume said he was no longer handling the case and had turned it over to Jose Miguel Villalobos. Yet Villalobos said last week that he had never spoken with Blume and had no plans to handle Cornerstone. He distanced himself from the conspiracy theorists, saying only that “politics” are the motivation behind the government’s case against the brothers.

He did say, however, that he thought the Blume letter was a good way to “put pressure” on the Pacheco administration.

Regardless of his tactics, it’s clear that some investors don’t trust him because they say he has an ax to grind.

After being fired by Pacheco from his job as minister, Villalobos is creating his own political party and planning a run for president.

Not every investor blames the government, of course. Several hundred have filed complaints against Luis Enrique Villalobos.

“There was always something about those brothers,” Lindheimer said. “Three percent a month? Come on! They just capitalized on greed.”

Lindheimer, who moved to Costa Rica in the early 1990s, said the signs of fraud were obvious long before police got involved.

“Surprised, I reminded them that we had an agreement for them to pay me the next day, which they did. However, it’s pretty unusual that an operation handling that kind of money would want to slow-pay me. They’re supposed to have $10,000 as pocket change or hidden in the plant in the corner. My point is that $10,000 is not even a drop in the bucket, and they were sweating it. RED FLAG.”

“Where’s the money that makes the money?” he said last week. “You can’t have it in banks. How can you pay that much interest with the money sitting in banks? It’s just an out-and-out scam. Everyone said the same thing: How can they pay 3 percent?”

Luis Enrique Villalobos said something to his investors about trading in commercial paper, but he never got too specific about how he generated so much interest. And as long as the cash payments kept coming, no one seemed to care.

“It enabled people to retire off small amounts,” Lindheimer said. “I think he paid the people he had to pay.”

Until the Royal Canadian Mounted Police came calling. In May 2001, the Canadian detectives asked Costa Rican officials to help track drug dealers suspected of laundering $380,000 through the brothers’ business, which operated out of a money-exchange firm called Ofinter S.A., managed by Oswaldo Villalobos, and an adjacent office run by Luis Enrique Villalobos.

Some American investors immediately started complaining that the brothers were being targeted unfairly, and others worried that the client list would be turned over to the Internal Revenue Service.

Then Costa Rican officials said they’d been looking at the brothers for two years.

Luis Enrique Villalobos defended himself, although vaguely, in a letter to a newspaper.

But he stopped paying that interest in September. The next month, he said he was “temporarily” suspending operations because he couldn’t make payments with his accounts frozen. After prosecutors said they could locate only $7 million, investors found themselves high and dry. Some talked of suicide.

Several have since ended up in legal troubles of their own.

After the brothers were shut down, another high-yield investment outfit known as The Cubans also went out of business. Cuban-born Luis Milanes is believed to have fled the country with $200 million of his investors’ money. Interpol is hunting for him.

Despite such high-profile investigations, however, things don’t seem to have changed much in Costa Rica. New investment wizards have surfaced to fill the vacuum, some offering a return as high as 6 percent a month.

And now all those Villalobos clients may have a new headache. Contrary to what some of them have been told in Costa Rica, the IRS is indeed monitoring the situation.