Yik Yak Messaging App is Not So Anonymous

Technology News – Users of the Yik Yak social media app popular among college students aren’t nearly as anonymous as they believe: Missouri police within hours arrested a student accused of threatening violence, the latest in a string of such arrests at colleges in recent months involving threats of mass violence posted online using the service. 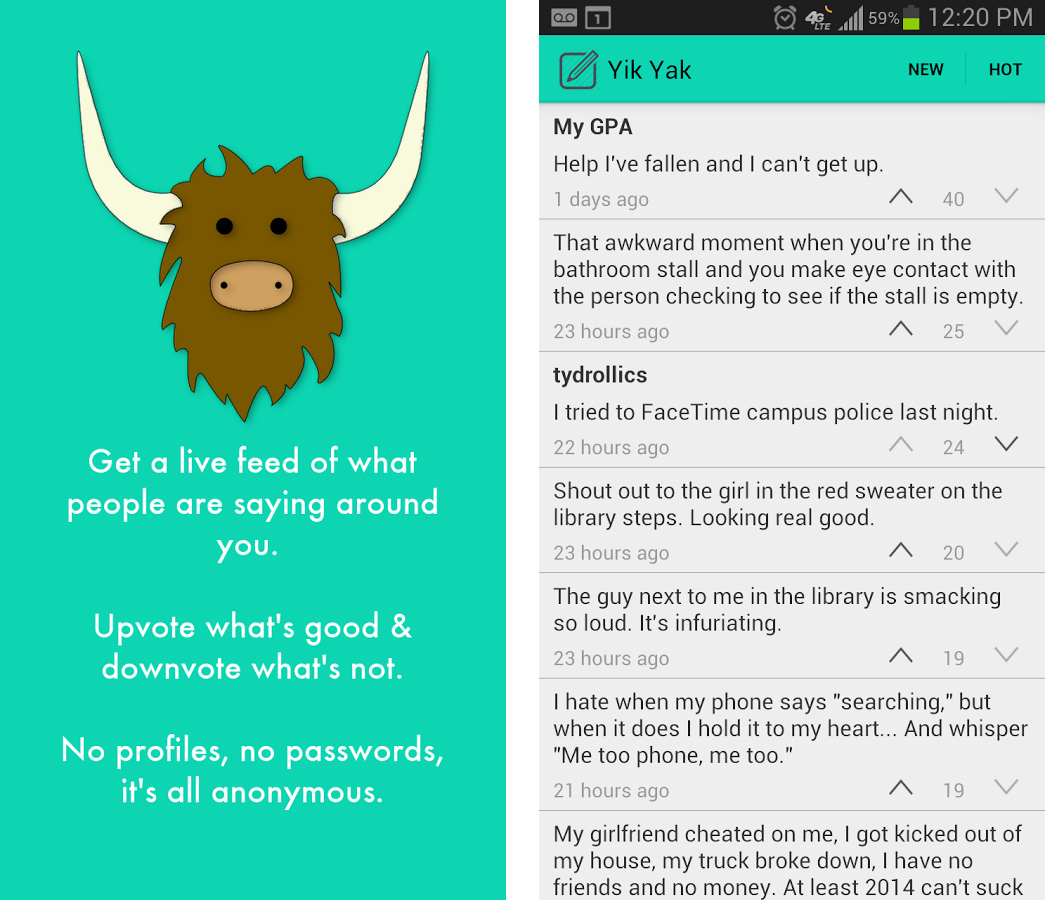 Yik Yak provides a feed of anonymized comments from people physically around them, such as on the same college campus. It’s by far the most widely adopted, anonymous, location-based applications at schools. It’s also been used by students at dozens of campuses to make offensive comments and threaten mass violence.

Yik Yak’s fine print says the service can disclose to police each user’s Internet protocol address and GPS coordinates, along with details about the phone or tablet, and date and time for each message. To help authenticate its customers, the service requires each user to provide a phone number to sign up.

Yik Yak spokeswoman Hilary McQuaide declined to discuss investigations or provide details about how often police ask for information. She said the company works with authorities.

Yik Yak tells police they must generally provide a subpoena, court order or search warrant to obtain information about its users, but in an emergency the company may provide details without those legal instruments.

Getting Your Christmas Gifts Into Costa Rica Without Taxes (Audio)