Worms in Your Hamburger? McDonald’s Fields Your Questions (Video)

World News (AP) – McDonald’s wants to explain why its burgers may not rot and that there are no worms in its beef. The world’s biggest hamburger chain is confronting unappetizing questions as part of a U.S. campaign to beat back perceptions that it serves Frankenfood. The company has run similar campaigns in Canada and Australia and said Monday it’s bringing the effort to its flagship market. 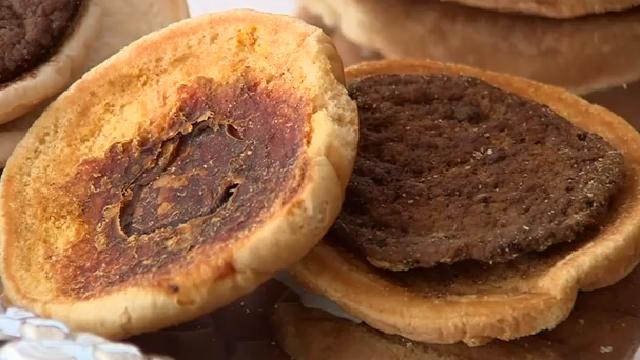 The push comes as McDonald’s fights to boost its performance in the U.S., where sales slid 1.5 percent at established locations in the most recent quarter, following a 0.2 percent dip for last year.

For its latest “Our Food, Your Questions” campaign, the first issues McDonald’s addresses are widely circulated online images and videos that show its burgers staying in tact after several weeks or even years. On its webpage, McDonald’s says that’s likely because the food has dehydrated, and that food needs moisture to form mold.

The company’s responses to other questions such as “Does McDonald’s beef contain worms?” are more direct: “No. Gross! End of story.”

The company plans to respond to the most common questions with videos or other posts, as well as responding one-on-one to questions, said Ben Stringfellow, vice president of communications for McDonald’s USA.

Have a question about our food? The floor is yours. http://McD.to/yelvagtrsp

From The Associated Press