Costa Rica Soccer News – There is likely to be very little to choose between Costa Rica and Honduras when they meet in FIFA World Cup qualifying action on Friday. Both sides have identical match records in their three games so far, winning, losing and drawing one each, with three points for either side potentially enough to see them move to the top of the CONCACAF qualifying group. 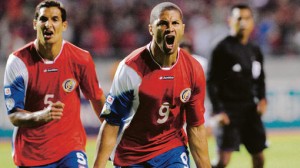 Currently Costa Rica, who will have home advantage on Friday, are in the final automatic qualification spot of third, while their opponents sit in fifth place due to their inferior goal difference.

Jorge Pinto’s men have conceded just three goals in the group so far while scoring four, with all these goals coming from different players.

They got their campaign off to a mixed start against Panama, fighting back from two goals down to snatch a point before being beaten 1-0 by the USA in their second outing.

Eventually, goals from Michael Umana and Diego Calvo secured them their first win of the group against bottom side Jamaica, but they will face a tough test against a Honduras side who held leaders Mexico to a draw at home in March.

Other results in their campaign include a 2-1 win over the USA and a 2-0 defeat in Panama, with Jerry Bengtson scoring two of his side’s four goals thus far in the group. 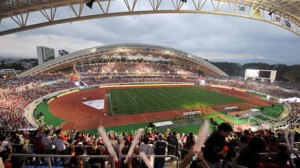 Bengtson, who plays his club football for New England Revolution, claims confidence is high within the Honduran camp as they look to qualify for their third World Cup.

“We’ve got a great national team,” he told FIFA.com.

“Our unity is something that defines us, sets us apart and serves us.

“We’ve got youth and experience, and we’re all pulling in the same direction. We’re confident we’ve got everything it will take to reach Brazil 2014, and we’re going to fight for it.”