Costa Rica Sports News – Although Costa Rica has defeated Uruguay and Italy, to advance to the knockout stage of the 2014 World Cup in Brazil, they are again not picked to win and come into the match against England as the underdogs. 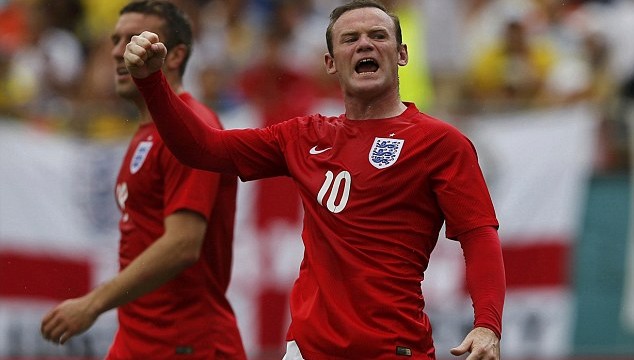 Side: England are eliminated from the tournament after two sub-par efforts. The match against Italy showed some promise but they were unable to build on it when they came up against an equally desperate Uruguay. The English could not get anything going for a majority of the match because Steven Gerrard was locked down. Wayne Rooney was actually pretty darn good in the tournament finally getting his long awaited goal, but there was the lack of quality underneath him that eventually did the English in. They will empty the bench for the match with Costa Rica. It could actually be a positive for England because they’ll have the ability to let the young players loose and see what the future of their side may become. They’ll definitely play an open style of game that will hopefully mean a quicker game as well. The Ticos may not play their full first side either so the game could really go either way.

Costa Rica continue their incredible run in the tournament and are now guaranteed a spot in the Round of 16. Brian Ruiz’s headed goal was an earth shaker and was truly deserved from the way the Ticos had played the match up to that point. Aggressive defense has been the name of the game for Costa Rica thus far. They’ve jumped all over their opponents and in turn have been able to get into their attack remarkably quickly. They were effectively able to crowd Andrea Pirlo therefore forcing Italy to play through someone else in the midfield, something they weren’t prepared for. Certainly a risky style, but it’s paid off perfectly in their first two matches. Despite a number of changes in players, they’ll keep the same style against England. The inexperience of the English players could open up some chances for the Ticos. Costa Rica has a group to win, England is simply playing to try and restore some pride. Underdogs and a plus price. Yes sir. Pick: Side: 2 way bet – Costa Rica +0.5 (+105)

Total: Pressure from the Costa Rican midfield coupled with English players trying to impress should combine to make an exciting open match. The Ticos have shown an ability to score even against top notch defenders and England have the type of players that can take advantage of the risky Costa Rican style. It’s possible Jorge Luis Pinto opts to hold budding star Joel Campbell out of the finale which could cause Costa Rica to struggle in the final third. But, with the disparity between the top team in Group C and the runner up, its likely Costa Rica will want that point that will put them atop the group and avoid Colombia. The English media will not have much positive things to say about their national team’s effort in Brazil, but a high scoring affair in the swan song match can only help, that should be enough to motivate England. Pick: Over 2.5 goals (-120)

Costa Rica is relishing the underdog role in this World Cup and do not expect them to rest against England.

Experience the Romance of a Costa Rica Destination Wedding