Costa Rica News – As I opened up my various newspapers this morning to see if there was anything interesting that I could write about and I was treated to seeing the incompetence of the Costa Rican government in a nut shell. The headlines were loud and clear “2014 U-17 Women’s World Cup No Longer in Costa Rica.” 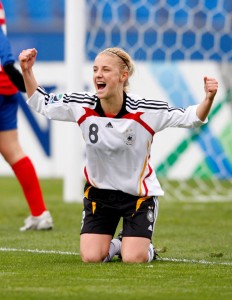 The president of the Local Organising Committee (LOC), Eduardo Li, yesterday said that delays in the construction  for the U-17 women’s World Cup had caused the failures and the reason was the lack of money the government promised to give.

“We have been working on applications for the money since last year. We have presented the process to the Comptroller. We are waiting for that to be approved. “said the President of COL, yesterday.

FIFA had 20 venues lined up for the U-17 tournament. 4 stadiums and 16 practice fields. Three of the stadiums were only in need of government funding to do required renovations to meet FIFA standards and the practice fields were in need of bleachers and lines and a few other small additions.  All of this was presented to Costa Rica over a year ago.

The forth stadium was the new stadium project in Jaco, which is privately funded by a gringo. They had to go through getting the permits for the stadium to be built, not once but twice which took months. They had to switch lots at the last minute because there were protected trees close to the old location. They moved to the next lot over and resubmitted all the paperwork.  when it received the green light on the new location was the first venue to make any forward progress and were actually going to meet the deadline for FIFA. None of the other venues had received the promised money from the government.

So the one stadium that had to be built from the ground up by a gringo was actually on schedule to have it complete by the time the World Cup started and the others which were to be paid for by the government had nothing done.

You may be thinking maybe it was a lot of money that needed to be rationed out.  Nope! The total was $3,000,000. This is the amount that the Diplomats and government officials steal about every 2 weeks.

After all the delays and deciding where they can steal money from FIFA came to check on their progress which had not happened and could not wait any longer…they pulled the plug. This is a total fail by the Costa Rican government.  Let’s look at what they lost:

1. A huge world event that would have allowed them to showcase the country

2. Millions of tourism dollars being fed into the local economy

4. Much More in terms of return on investment, probably over $100 Million for a $3 Million investment and getting their shit together

You truly show your lack of competence when a project that has to go through the permitting cycle twice and is funded privately is the only project moving forward even after 6 months of delays.  Mrs. Chinchilla, you had said in the past months you were so excited about the FIFA World Cup coming to Costa Rica……way to not make it happen.

The Costa Rican government now is trying to cover its’ ass and saying that they are trying to sort this out for future events. If you cannot even get your act together for the U17 Women’s World Cup what makes you think they would even think of giving you another event?

One question I keep asking in my head is “Has any other country failed in hosting a World Cup when they have been awarded it, or is Costa Rica the first?”

Face to Face with the Costa Rica Caja

Migraines: The Lessons of Pain

Having lived in Costa Rica for 3 years, now in Columbia. I can say these folks are the most corrupt, stupid lazy people I have every had to deal with, have traveled the world for the last 16 years. I truly believe this, what fools and how sad it really is! Bear