Costa Rica Sports – Match number 52 is the fourth match of the knock-out stages. Costa Rica finished first in Group D, beating all other biggies in the “group of death.” Greece, on the other hand, had its ups and downs before qualifying to the “Round of 16.” 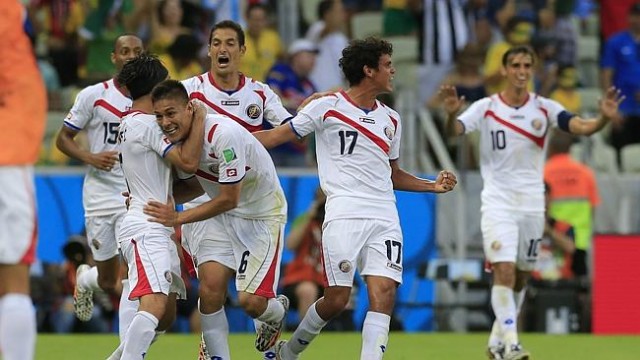 Costa Rica: When Costa Rica started its journey in the “group of death.” Nobody expected the Central American team to qualify. Everyone talked about the other three biggies: Italy, England and Uruguay. Costa Rica proved its mettle when upset South American giant Uruguay in its first match of the tournament with a massive 3-1 win. The world suddenly sat up and started watching Jorge Luis Pinto’s team. If anyone thought the victory against Uruguay was a fluke, Costa Rica had answers for them. It defeated Italy in the next match 1-0 and virtually qualified to the next round even before playing its third match. England too could not break the Costa Rican defence as the third match ended in a goalless draw. The “Group of 16” match should be comparatively easy for Costa Rica after dealing with big teams. However, it can never take a team like Greece lightly.

Greece: Greece’s start in the tournament was disappointing. It lost 0-3 to Colombia in its first match. The main issue was that it never looked like Greece was capable of scoring. It was more comfortable in staying back and defend, which did not work out anyway as it conceded 3 goals. Its second match against Japan was better for the team. Even though it was still not able to score, it managed to defend against the Asian team and earned its first point with a goalless draw. It needed to win its match against Ivory Coast while the African team would have qualified only with a draw. The pressure was clearly on Greece as it needed to score. Merely defending would not have helped this time. Even at the end of 90 minutes of play, the score was 1-1, which meant Greece was getting eliminated. It was no short of a miracle when Greece was awarded with a penalty at the 93rd minute. Georgios Samaras made no mistake to take his team to the next round for the first time in history. Now Greece must take a more attacking approach to proceed further in the tournament.

These two teams never played against each other before.

Brazil’s time zone is UTC/GMT -3. The match starts at 5 pm (local time) on June 29, which means it is 6 am on June 30 in New South Wales, Australia. The match will be held at Arena Pernambuco in Recife.

Greece will not be able to stop Costa Rica from scoring multiple times. On the contrary, it will not score enough goals. Costa Rica will win the match 3-1.