World News – The Sawbuck is getting a little less masculine. 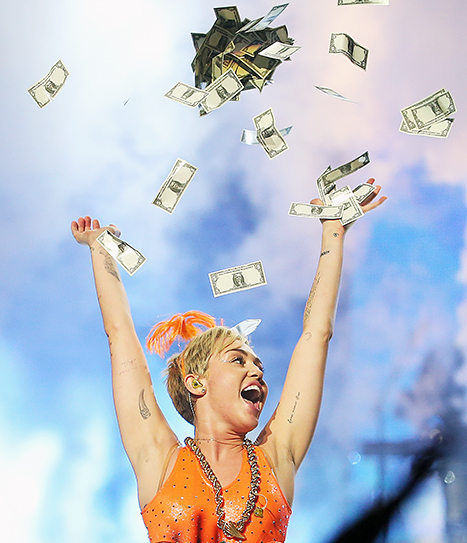 The U.S. Treasury threw a curve ball at advocates who were pressing to get a woman on the $20 bill, announcing Wednesday that it’s going to put one on a redesigned $10 bill, instead.

Treasury Secretary Jack Lew told reporters that the new notes are being timed for 2020, in part to mark the 100th anniversary of the constitutional amendment that gave women the right to vote.

“Our democracy is a work in progress,” Lew said, adding: “This decision of putting a woman in the $10 bill reflects our aspirations for the future as much as a reflection of the past.”

The public will be able to weigh in on who should replace Alexander Hamilton — the first ever U.S. secretary of the Treasury — at the New 10 website or on Twitter at the hashtag #theNew10.

But don’t bother suggesting a current movie star or any other recent celebrity — it’s illegal to put a living person on U.S. currency. And anyway, Lew said, “democracy will be the theme of these new notes.”

Until now, the push has been to put a woman on the $20 bill to replace Andrew Jackson — famously an opponent of the very idea of paper money. There are even bills in both houses of Congress to do just that.

Earlier this year, people cast ballots in an unofficial “Women on 20s” campaign — and more than 100,000 voters wanted to see Harriet Tubman on the $20 bill instead of Jackson. President Barack Obama boosted the movement in September when he revealed in a speech that “a young girl wrote to ask me why aren’t there any women on our currency.”

But the Treasury said it chose the $10 bill instead because it’s overdue for a redesign, attributable in part to the ease with which it can be counterfeited.

“While many factors are taken into consideration, the primary reason for redesigning currency is to address current and potential counterfeiting threats,” the Treasury said. “In addition to featuring a woman, the new $10 note will include a tactile feature that increases accessibility for the visually impaired.”

Women’s suffrage leader Susan B. Anthony was honored on the $1 coin from 1979 to 1981, and Sacagawea, an American Indian guide on the Lewis and Clark expedition, has been on $1 gold coins minted since 2000.

Martha Washington briefly appeared on the $1 silver certificate beginning in 1886.

But none of those currencies caught on with the public, even though “throughout American history, intelligent, courageous and innovative women have struggled to fight for our rights, to expand opportunity and to build commerce,” Rep. Joyce Beatty, D-Ohio, said on the House floor Tuesday.

“These occasions are an occasion to take stock of where we are going as a nation,” Lew said, and the new $10 bill is intended to be the first in a completely new series of paper currency beginning in 2020, all designed around the theme of democracy and what it means to Americans.

Bills featuring Hamilton — the nation’s first treasury secretary and creator of its monetary system — will remain in circulation, and an unspecified proportion of new $10 bills will continue to feature him, Lew said.