World News – It is only appropriate that this news came out based on this movie. The U.S. Justice Department said Wednesday that an economic development fund meant to benefit Malaysia was plundered by its overseers, who bought expensive art, real estate, a jet for themselves and even financed a hit movie, “The Wolf of Wall Street.” 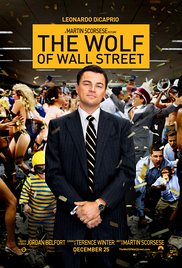 The film, which starred Leonardo DiCaprio, told the story of a crooked stock trader.

In newly disclosed court filings, the U.S. said officials of the fund, known as 1MDB, diverted $3.5 billion intended for Malaysian economic development from 2009 through 2015. The Justice Department sought court action to seize roughly $1 billion of that money, the amount it said was laundered through American banks and therefore subject to U.S. jurisdiction.

Attorney General Loretta Lynch said the diverted billions were used by the fund officials, their relatives and associates, “to purchase a range of assets, including high-end real estate in New York and Los Angeles, artworks by Vincent Van Gogh and Claude Monet, and a jet aircraft.”

U.S. officials said the jet cost $35 million and the real estate included a house in Beverly Hills and a penthouse in New York City. Some of the money, they said, was used to cover gambling debts at Las Vegas casinos.

“The Malaysian people were defrauded on an enormous scale,” said the FBI’s deputy director, Andrew McCabe.

Among those named in court documents was Riza Shahriz Bin Abdul Aziz, who co-founded Red Granite Pictures, a Hollywood movie production company. He is the stepson of Malaysia’s prime minister, Najib Razak.

The Justice Department said Red Granite used more than $100 million stolen from the economic development fund to finance “The Wolf of Wall Street.”

“Neither 1MDB nor the people of Malaysia ever saw a penny of profit from the film, or from any other investments made with money diverted,” Caldwell said.

Late Monday, the company said, “To Red Granite’s knowledge, none of the funding it received four years ago was in any way illegitimate, and there is nothing in today’s civil lawsuit claiming that Red Granite knew otherwise.”

The company said it is cooperating with all inquiries “and is confident that when the facts come out, it will be clear that Riza Aziz and Red Granite did nothing wrong.

“The company continues to move forward with exciting new projects,” it said.

A Question of Faith