Will You Soon Be Able Drill for Oil in Costa Rica?

Costa Rica News – The future of oil exploration in the country is set to be determined in January 2017. 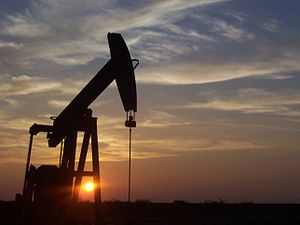 The decision of the Contentious Administrative Court on the legality of executive decree 26,750, signed in 1998 during the administration of José María Figueres, will be known the first month of the upcoming year due to the end and beginning of the year holidays of the Judiciary.

On Thursday, in room number 1 of the Administrative Court, located in Calle Blancos, Goicoechea, the trial was held in which the legality of decree 26,750 was discussed.

This was communicated by Judge Rodrigo Campos who declared the case “complex resolution,” resulting in an additional 15 days for the court to resolve it.

Of the final criterion of the judges depends the concession of the oil exploration given in the year 2000 to the American company, Mallon Oil.

Decree 26,750 abolished 17 articles of the Regulation of the Hydrocarbons Law, in which it was established that the State could not sign the award of an oil concession until the company concerned submitted the corresponding environmental analyzes.

Instead, the document stated that the contract could be signed with only the submission of a bibliographic study on oil potential, without the need to evaluate the impact that exploration or exploitation would produce.

This situation caused the environmentalist Freddy Pacheco to file a lawsuit against the State to request the annulment of the regulations.

In June of 2013, the Administrative Contentious Court gave sided with Pacheco to annul the decree. However, in January, the judges of the First Chamber of Justice received the appeal of the Attorney General’s Office (PGR) and ordered a repeat of the trial, this time with new judges, different from those who saw the case between 2011 and 2013.

On Friday the plaintiff’s legal representative, the Attorney General’s Office and Mallon Oil’s lawyers resubmitted their arguments to the judges. The PGR provided the testimony of the geologists Mihaela Dobrinescu and Allan Astorga, who drafted the contested decree.

On the other side, the decree’s regulations guarantees that the company interested in extracting oil will carry out environmental analyzes in the three stages.

For example, Astorga explained that if a company obtains in concession one of the 35 blocks of land that Costa Rica offers (of an average of 2,000 km²) it will have to carry out studies to specify the prospects of oil wells in that area and will have to submit that investigation for approval Of the National Environmental Technical Secretariat (Setena).

Then it will have to develop new environmental impact studies for each of the potential wells detected, to measure the consequences of its exploration and exploitation.

Finally, added Astorga, prior to the exploitation the party of interest will have to contribute new studies of environmental impact.

Alonso Arnesto, the prosecutor in charge of the case, said that the plaintiff failed to show that Decree 26,750 eases or decreases environmental controls related to the exploitation of hydrocarbons.

The lawyer added that if the Contentious Administrative Court reasserts Pacheco, they will have to analyze the sentence to decide whether to file a new appeal or not.

Pedro Oller, a lawyer for Mallon Oil, asked the Court to reject the plaintiffs’ request to declare the regulation null and void.