Will Technology Allow Us to Resurrect the Dead?

World News – Humans have always looked for tangible ways to remember departed loved ones. We save letters and emails they wrote us. We look fondly at photos of them. We watch and rewatch old videos just to see their faces and hear them talk.

But the rise of digital technologies may soon give us even more compelling ways to remember lost friends and family. These include apps that let us text with digital representations of the dead — we’d type a message and then get some sort of comforting reply — and maybe even systems that let us speak with and possibly touch realistic avatars of the ones we miss most.

Maybe that sounds creepy, but some experts believe we’ll find comfort in continuing our interactions with people whose biological existences have come to an end.

“Many people visit the headstone of a loved one to help come to terms with their passing, and have a one-sided conversation where they think about the memory of them,” says Bruce Duncan, managing director of Terasem Movement Foundation, a Bristol, Vermont-based nonprofit that promotes digital resurrections. “Being able to have a two-way conversation with a digital version of them, where you can be reminded of their mannerisms or behavioral patterns in an interactive way, could become a natural part of the grieving process.”

Several companies, including Luka, a San Francisco-based startup, and research organizations including the MIT Media Lab, are working on digital resurrection technology.

It goes without saying that the digital version of a person is no match for the living, breathing human being. But scientists are experimenting with algorithms that can take a person’s emails and text messages and use them to generate text messages that are at least evocative of a specific person. The messages can use emojis like the dead person once did. And with data pulled from the internet, the texts can even include back-and-forths about topical things like weather and current events.

In coming years, Duncan believes, there may be browser plug-ins capable of capturing an entire life’s worth of social media 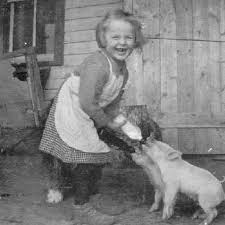 posts, emails, photos, and other digital data and using everything to approximate an individual’s personality, complete with values and opinions.

Digital resurrection technology is unlikely to stop with chatbots. Duncan and other experts foresee a time when we’ll be able to interact with lost loved ones not just via texts but in virtual reality.

“You’d be able to put on your virtual reality glasses and headset, and experience typical everyday situations with that person, like sitting at the breakfast table or taking a walk in a nearby park,” says Charlotte Runius, CEO of Fenix Begravning, a Stockholm, Sweden-based funeral planning agency that is working with AI experts to develop these technologies. “Hearing their voice and seeing them would allow you to actually feel like you’re next to the person again, and you can talk to them and get replies in a much more realistic way.”

By wearing a bodysuit and gloves studded with sensors and actuators, it might even be possible to interact physically with a realistic-looking avatar of a deceased person. The technology could monitor a living person’s movements, voice, and facial expressions and then later use them to direct an avatar to respond appropriately — perhaps by offering advice or giving a comforting hug.

In the distant future, one can imagine that it would be possible to create a robotic avatar of a beloved one — a bit like the scenario depicted in a popular episode of the Netflix series “Black Mirror,” in which a grieving widow’s late partner is resurrected in robotic form with help from his texts, photos, and emails.

The only snag with these scenarios is that much of the data used to resurrect someone would have to be collected while he or she was still alive — for instance, by having him or her speak a thousand or so words and be recorded on video.

What would it be like to interact with someone who’s been brought back in digital form? Some experts say it could aid the grieving process. Others worry that interacting with a virtual representation of a person who is no longer alive would only intensify feelings of sadness and loss.

Studies have shown that bereaved people can experience grief hallucinations, and there are concerns that interacting with avatars might raise the risk.

Duncan believes that, at least for most people, the experience will be akin to watching home movies and enjoying the memories that they trigger.

“Enjoying talking to past loved ones via digital media may eventually become the future version of looking through photographs of past events… It’s hard to predict the future, but just as we’ve adjusted to using Skype and cell phones I think we’ll consider it valuable to continue some connection with a person we care about.”

Will Costa Rica Lose Jobs Due to Automation?