Will Creole Be Taught in Costa Rica Schools?

Costa Rica News – The limonese language is in need of support, rescue and protection. While there are translation services available for other native languages, those who speak limonese Creole are not afforded the same luxury. 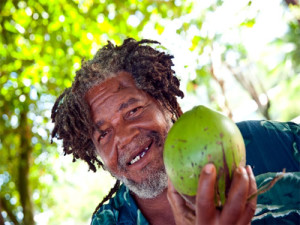 Dozens have come together to protect the language, by means of supporting a bill that would allow schools in the region to teach the language. The bill also includes the right to translation services in trials.

Men and women of varied ages met at the House of Culture regarding the initiative. The language had been previously studied by the National University for four years. Linguistic professionals propose that the Constitution recognize this creole as an indigenous language. The amendment would be to Article 76.

While recognizing that the official language is Spanish, the State should take on the responsibility of maintaining the welfare of other languages spoken in the country and the cultures that go along with them. The Social Christian Unity Party stands in support of this.

Limonese Creole was born of a mix of African languages and English words. At least 55,000 people speak the language. After the year 2000, the census removed the language so we are no longer sure how many.

Of all the minority languages in Costa Rica, it is the most spoken, with Bribri coming in second, with 6,000 speakers.

Relocating & Shipping to Costa Rica? 10 Things You Should Know