Will Costa Rica’s Surf Heroes Bring the 2016 World Championship to the Land of “Pura Vida”?

Costa Rica Surfing – In many beach towns of Costa Rica, students anxiously await the school bell, which they take as a signal that surf time can begin. 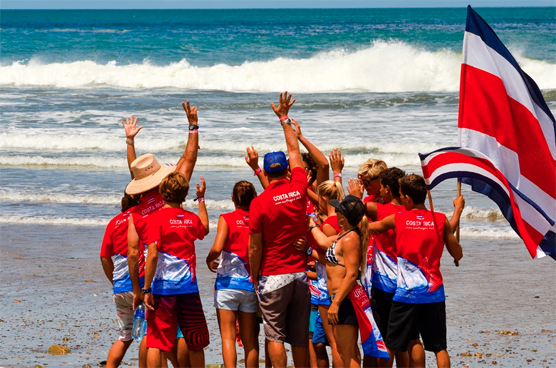 For some of these kids, surf becomes a lifestyle and even a career.

There are so many wonderful surfers in the country waiting to be discovered. Carlos Muñoz, Jason Torres, Lisbeth Vindas, Leilani and Noe Mar McGonagle and Anthony Fillingin have already become heroes of the sport.

The whole country watched them on Sunday at the World Open in which they took home the gold.

They are seen as role models as well as examples of the opportunities available to all Costa Rican athletes who work hard.

These surf heroes need support. They are advocating for Costa Rica to organize the World 2016 competition.

Originally the idea was rejected due to lack of funding but these stars still have hope.

The Costa Rican government needs to change their mind and help support these athletes that are ambassadors for Costa Rica and wear there country’s colors with pride.

Learning to Live By & Break “The Tico Code” (Audio)

Why Are People Pooping Outside in Costa Rica?