Why to Not Adopt Babies Online in Costa Rica

Costa Rica News – A baby was only two months old when his parents offered him up to another family via a website in June and July. 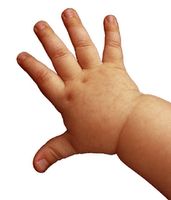 The reasons for wanting to give up the baby are not clear as of yet.

The National Children’s Trust (PANI) found that the parents contacted another couple on a site called El Armario and agreed to adoption terms and conditions that are still unknown.

PANI took the child into protective custody and he is currently five months old and being raised by nuns. A case for child trafficking was filed against the couple that tried to buy the baby but it was determined that it was not a sale.

In 2013 a 17 year old gave her baby to a couple after meeting them just once. In this case the couple was reported to Interpol for child trafficking and the mother tried to regain custody.

The child is now under the care of his mother and grandmother.

Direct adoptions are legally allowed but only if done before a court and PANI’s criteria are met.