Why Are Only Americans Interested in Search for Alien Life?

Years ago, during a brief visit to the Dutch university where I once worked, I gave a colloquium about the Search for Extraterrestrial Intelligence (SETI). Perhaps surprising to some, Holland ranks high in the quality of its scientific research. This small country produces more than beer and cheese; it also exports physicists and astronomers, some of the world’s best. 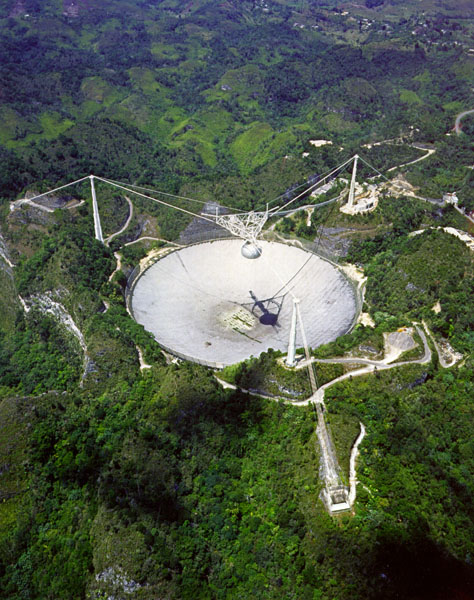 Knowing this, I was hardly surprised to see that the lecture hall for my talk was laded with professors, students, and local townspeople.

For 45 minutes, I discoursed on our hunt for radio signals coming from other inhabitants of the galaxy. The crowd seemed attentive. Finally, I asked two quick questions. First, how many thought it likely that intelligence was common in the cosmos?

Everyone — I mean everyone — stuck their hands in the air.

“OK,” I followed up, “so how many of you are willing to spend one guilder a year to fund a search?” A guilder was about 50 cents, the price of a cafeteria coffee.

All the hands went down.

I was gobsmacked. They weren’t willing to spring for one cup of java per year? Stumbling out of the room, I asked one of the professors what that was all about?

I’m still not sure what he meant, but it occurred to me that the Dutch have a reputation for being cheap, a characterization that at least offered a quick-and-dirty understanding. But being honest about it, I thought this rap was bum. The miserly Dutchman was a stereotype, and in my experience not an accurate one.

Besides, the Dutch had too much company. The British were hardly hesitant about developing massive, relatively costly instruments for radio astronomy after the war. Nonetheless, they never did any SETI. Ditto the French, Spanish, and Germans. The Italians, alone among the Europeans, had made an effort to eavesdrop on E.T., setting up a very sophisticated project at the Medicina Observatory near Bologna. But that experiment is now past tense.

The Russians were early SETI enthusiasts, and made major scholarly contributions to the field. But their efforts ended when the Soviet Union imploded.

Bottom line? Today, SETI is solely an American enterprise. And even then, it’s pretty minimal. SETI is not on the back burner … it’s on the pilot light. The total number of researchers can be tallied on your extremities, and there’s essentially no government funding. The effort is tiny, but at least there’s effort.

So what’s going on here? If a dozen other countries have the telescopes, the money, and the research horsepower to search for cosmic company, why is this extraordinarily profound quest confined to the U.S.?

An obvious answer would be to suggest that the problem is too open-ended. It’s possible that even if we poured huge amounts of money into the search, nothing would be found. Bookies can’t give sensible odds for success, even to those willing to gamble. Other countries are just being practical.

That may be true, but I find it too facile and, frankly, too depressing. If every attempt at exploration was required to guarantee success in advance, there would be precious little of it. The British would never have sent John Franklin into the Canadian arctic to hunt down the water route capping the Americas, or Captain Cook into the high latitudes of the South Pacific to look for a possible continent at the bottom of the globe.

And besides, that doesn’t really explain why the Americans continue to try.

So I’ve resorted to amateur sociology to provide justification. Unlike the countries of Europe, America still resonates to its pioneering heritage, and that heritage is stunningly recent. The frontier closed in 1890, the era of my great-grandfather. America’s heroes, for better or worse are still those who forsook the security of the known to cross into harsh and dangerous territories and remake their lives.

These heroes were willing to accept long odds if the payoff was big. They were also willing to accept failure, and stand up to try again. These are behaviors that the long-settled societies of Europe have subdued.

But there may be hope. With the recent discovery that the universe is studded with planets, and indications that a fair fraction of them might be sympathetic to life, SETI has become a popular topic both in Europe and in several Asian countries. It’s neither a ridiculous nor a risible enterprise.

So my desire is that these countries will soon change their minds, and not be too sober to put their money where their mouths are. It’s fine to talk a good SETI game. But it would be finer to get into it.