Who is the Phantom of Akalai Flats?

Ghosts & the Supernatural – Cathy meets me at a very unusual spot. She tells me to meet her at Safeway, she has a story for me, plus she has to get her grocery shopping done. I abide to her wishes and meet her at the local grocery. As she and I walk down the aisles she begins to tell me her story. 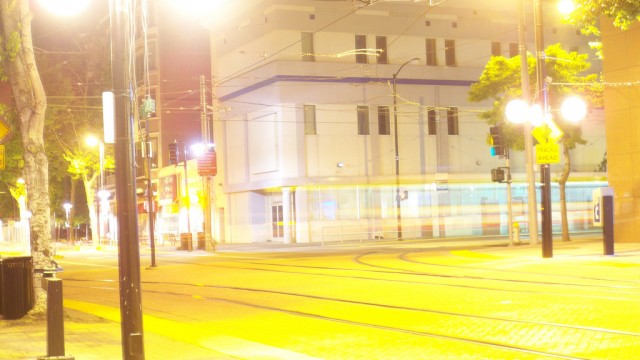 Now this is the 2nd time, I have heard a light rail station is haunted. The first haunting is at the Meadowview Station, in which I mention in a previous article and now this particular stop for the light rail. Cathy tells me she will never again wait for the light rail at this station. She will not even go there and wait during the daytime. Her friend Michelle Banta claims she was once pushed at the same area. Shannon ‘Ms. Macabre’ McCabe and I checked out the area a couple of nights ago and we may have gotten a muffled EVP of a man, but it is too hard to determine as there are many faraway voices in the night that we may have picked up on. So our EVP evidence is inconclusive.I placed my top researcher on the case. David Mace with 18 years of law enforcement under his belt and one of my best lead investigators discovered the following information:Primary Suspect:

Man shot dead in Alkali Flats. A 39-year-old man was found shot and killed early Sunday near the Alkali Flat light-rail train station on 12th Street between D and E streets in downtown Sacramento. Fredrick Karl Johnson was found shot in the chest about 2:30 a.m. Witnesses heard gunshots in the area, but no one saw the shooting, according to Sacramento police. Suspect #2:

In the area, it is claimed that the spirit of a 12-year old girl haunts Miriam Gray’s home. People have experienced unsettling dreams, soothing amber lights. Missing household items, objects skittering off tables. For 115 years, the sighs of May Woolsey have possessed this E Street Victorian like a pastel shadow, or a scented draft.Suspect #3:

May H. Woolsey of Akalai Flats: b. 1866. d. 1879. May H. Woolsey died of encephalitis. Tour visitors have confirmed that her presence can still be felt, literally by placing ones hand near her grave stone. May Woolsey was a 12 year old girl who lived in Sacramento during the 1870’s in the district known as Alkali 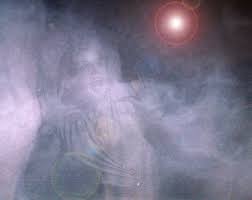 Flat. Found in 1979 when a new owner was remodeling the house and came across a hatch cut into the second floor stair landing. The trunk had been placed in a cavity from a false ceiling in a closet below. When opened the trunk contained a fascinating chronicle of life in early Sacramento as seen through the childhood mementos of May Woolsey. Packed in the trunk were trinkets and playthings typical of most 12-year-old girls of the late 1870’s. Residents of Akalai Flats at times feel her presence in the neighborhood.Suspect #4:

Virgie Hicks, 56, was fun loving, but tough on bail jumping felons. She was a colorful Sacramento bail agent and member of Vietnam Veterans Memorial Watch Association who was reared in Alkali Flat. Friends said the cause was complications stemming from diabetes and cancer. She was 56. A fun-loving woman, she was as warm and compassionate with friends and family members as she was tough with felons who skipped out on bail. Suspect #5:

Tony Delgado, decorated veteran who helped many. Tony Delgado lived a quiet life as a chef at various Sacramento hotels, but that quiet life touched many. He was a native of Mexico, who moved to Sacramento when he was 5, was father of nine, foster father to 37, an always ready volunteer and a decorated veteran of World War II and the Korean conflict. He died Sunday after a long, excruciating battle with cancer, said his wife, Charlotte. He was 70. When he returned to the United States after being shot down over Korea and being held as a prisoner of war, Delgado lived in the Alkali Flat neighborhood not far from where he grew up.

Jennie Rios Baca, tireless advocate for Latino rights, she died at the age of 71. She died at her midtown home after a yearlong fight with vulvae cancer, said her daughter, Veronica Baca. For more than three decades, Mrs. Baca was a beloved volunteer who reached out to children in Alkali Flat and other Sacramento barrios.David Mace came up with some other suspects, but my hunch is that the Slapper is actually the ghost of Frederick Karl Johnson. Why would the ghost of Frederick Karl Johnson slap Cathy and push Michelle Banta? Perhaps he is trying to warn them that the area where they are waiting for the light rail is a dangerous area. This is the area in which he was killed. This particular stop is somewhat dangerous late at night and if the Slapper slapped me as a wake up call that this area is dangerous, I think I may just get the message. We are still working on this case, if anything more develops, you the reader will know. But, remember if you are a tourist here in Sacramento and you do want to use our light rail system, then go ahead and enjoy. But, beware; if the sun is down and you are waiting for the light rail at Akalai Flats/La Valentina…you may just get slapped!

The Sovereignty of Humanity