Over the last decade, the adult industry has maneuvered its way into the mainstream, largely on the backs – and other parts – of celebrities whose homemade sex tapes went public: sometimes on accident, sometimes not so much. 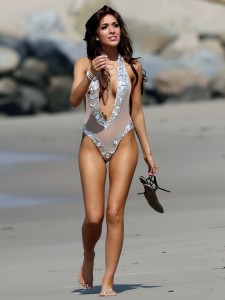 Former “Teen Mom” star Farrah Abraham is the latest celebrity to take a slice of the action, earning a reported $1 million for her professional sex video, distributed by Vivid Entertainment.

“It has created such a phenomenon and is so popular, we were caught off guard,” Vivid founder and co-chairman, Steven Hirsch, told FOX411’s Pop Tarts column. “We had 10 million visits to the site in the first few days, more people trying to access the film in one week than we had in the first six months of Kim Kardashian’s tape with Ray J.”

“Back then there was less competition, it was the beginning of VHS. We would sign girls to exclusive contracts and make the package appropriate to be displayed at your local video store,” Hirsch said. “Video changed everything. People felt comfortable renting from their local store, and then accessing adult content anonymously from their home cable, and now with the Internet you can watch an innumerable amount. We focused on parodies, celebrity videos, things people really wanted to see.”

From its early days, Vivid was known for using the latest technology, from interactive DVDs to High Definition to 3D. 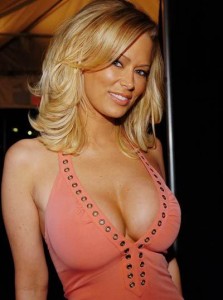 watched, yet never discussed, multi-billion dollar business by bringing in the stars and discussing the films on his show.

Indeed Jameson went from being a prominent adult actress to a huge force behind-the-lens, co-founding the multi-media adult entertainment company ClubJenna, Inc. in 2000, burgeoning from a single website to managing several other similar sites, and then venturing into producing hardcore pornographic content.

In 2006, Playboy Enterprises bought her company.

But Hirsch is confident that the next 10 years will bring plenty of rewards, at least for him.

“There are more people than ever wanting to get into this business. We’ve got Vivid radio, licensing our name for two gentleman’s clubs,” he said. “We’re fortunate we have a reputation for producing quality. We sign the most beautiful women, and create sophisticated content. Even if people don’t pay for the content and watch it on a site, there is advertising and clicking through other links. They pay in some other way.”