Costa Rica News – 15 cantons of Costa Rica are planning to restrict the sale of liquor at Easter time. All shops, restaurants and bars in these 15 cantons will be prohibited from selling liquor and beers on Holy Thursday and Friday. 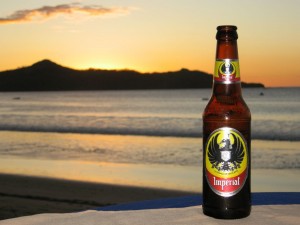 The fine for disobeying this local law is ¢4.2 million, the equivalent of 10 base salaries.

Still, some places sell or give away fruit punch that is spiked. They give it in plastic cups so as not to draw attention.

The most recent data obtained by the National Union of Local Governments, when they conducted a survey of the 81 municipalities of the country, found that the cantons with restrictions are Belen, Cartago, San Isidro, Leon Cortes, Esparza, Corredores, Puriscal, Tarrazú, Vasquez de Coronado, Turrialba, Flores, Santa Barbara, Dota, Paraiso and Heredia.

In Cartago, the restriction only applies on Friday, April 7th, from 8-3, because of the occasion of the parade that is in commemoration of the Battle of Rivas.

Each municipality is able to make its own dry law.

Is Costa Rica a Health Care Haven for Expats?