Where is The Next Nelson Mandela?

World News – When ones looks around the governments of the world they all seem clouded with corruption and base their decisions on the almighty dollar instead of what is best for it’s people. 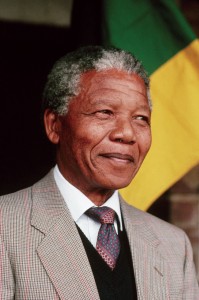 You look to the North and see the United States.  A country with a 17 trillion dollar national debt that is seen as a bully and imperialistic country around the world, its only true ally being Great Britain. You look at the special interest groups throwing money at senators and house representatives to buy their votes on certain issues.  Government corruption and lies run deep.

Then look here in Costa Rica and notice that they are trying to mimic the United States ways but are too inefficient to actually be able to implement many of the laws. The Costa Rican government officials taking what is the Latin American form of special interest money or bribes….”chorizo.”  Then behind the scenes of it all the Costa Rican government is making deals with china and in essence selling their country and people to them.

At the age of 94, Nelson Mandela, was admitted to the hospital due to a lung infection. This South African anti-apartheid hero and first black president has become weak in the last few years, having to be hospitalized numerous times.

The Presidential spokesman recognized that there is cause for worry, though specialists are doing everything possible to keep the infection from spreading. He asks for the prayers and thoughts of his fans. Although he has somewhat regained his health, it is fairly clear that the end of Nelson Mandela’s life will soon be here.

He is a model to all who wish to stand up for human rights. Under an apartheid regime he spent 27 years of his life in prison yet later became the first democratically elected President of the same country. After a single 5 year term he retired. During his term he set up protections for the rights of all individuals as well as starting the Truth and Reconciliation Commission. This panel listened to testimonies about apartheid-era human rights violations to act as a therapy for the nation. Costa Rica or any country in the world would benefit from having a leader like Mandela.

Nelson Mandela is revered by almost everyone world wide. His image is on South African banknotes and his name is on various buildings and parks. He is a man who demonstrated a strong devotion to peace, justice, and equality. He was awarded the Nobel Peach Prize in 1993 for taking his country out of apartheid and to democracy. He has been compared to Gandhi and praised by leaders world-wide. Let’s not forget his impact on the world and let’s continue to elect leaders who follow his example.

Where is the next Nelson Mandela or has corruption taken over the governments of the world so that another person like him will never be able to get into power?