Where is the Carbon Stored in Costa Rica?

Costa Rica News – We have heard a lot about how the forests of Costa Rica hold carbon but many of us assumed that meant in the trees. 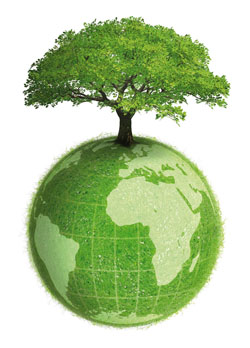 Scientists found that in actuality 51.7 percent of the carbon is stored in the ground, at a depth of 30 centimeters.

The National Forest Inventory was led by the National System of Conservation Areas with funding from the Regional Program REDD /CCAD-GIZ. The study was done by five scientific teams over three years.

The scientists quantified the forestry stock in addition to measuring the amount of carbon in the forests that cover 52.38 percent of the national territory. It was found that mature forests store 564.2 tonnes of carbon per hectare in trees and 411.9 tonnes in the same area in the ground.

Secondary forests keep more carbon in the ground than in the trees, 389.8 and 219.9 tonnes per hectare respectively. So having trees is not enough.

We must ensure the quality of soils to continue to store carbon.

Costa Rica Taxis to Strike Because of Uber

Exploring the Paranormal in Romania