Where Are the Most Beautiful Women in Costa Rica? 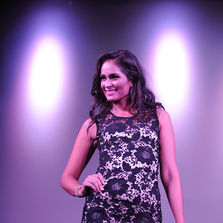 We are leaning towards Guapiles, and more specificly, the district of Pococí, a town that has crowned two beautiful women this year.

From this small community on the Caribbean side of the San Jose valley comes Brenda Castro, the 21-year-old beauty earlier this year crowned Miss Costa Rica. Castro represented the country at the Miss Universe pageant last week.

Just before Christmas, in the event that started at 8:00pm Wednesday, 22 beauties competed for the Señorita San José (Miss San Jose) 2015 at the Crowne Plaza Hotel Corobici.

From the same town of Brenda Castro, Gina Mora took the crown in the fourth edition of the event formerly known as Tica Linda.

The 21-year-old Mora is a student of Teaching English, with an emphasis in translation.

“I was insecure to participate in (beauty) contests. There were many beautiful women, that intimidates a little. I decided I would try. I knew I was facing a lot of very pretty women but I went with the idea of enjoying it and as a learning experience. I am clearly surprised to have won,” said the new Miss San Jose.

Law Against Animal Abuse in Costa Rica May Pass in January