Donald Trump is about to meet his new bosom frenemy, Kim Jong-un. This is what it looks like when crazy-dark meets crazy-dark. The world holds its breath, and ‘wishes them well.’

Who said the following, an American expert on Kim Jong-un, or Justin Trudeau about Donald Trump? “He’s just crazy enough and unpredictable enough to use nuclear weapons.”

One thing is for sure, this summit of personality cult leaders is not just about North Korea and the United States meeting to denuclearize the Hermit Kingdom and bring it into the international economic and political order. Trump is shredding the international order, so it’s really about an alliance of global autocrats, or a huge set up for war.

The best thing we can hope for is a big nothingburger from the meeting. Then the fantasist Trump can declare he saved the world from nuclear war, and Kim cam come to Washington and party with Dennis Rodman. 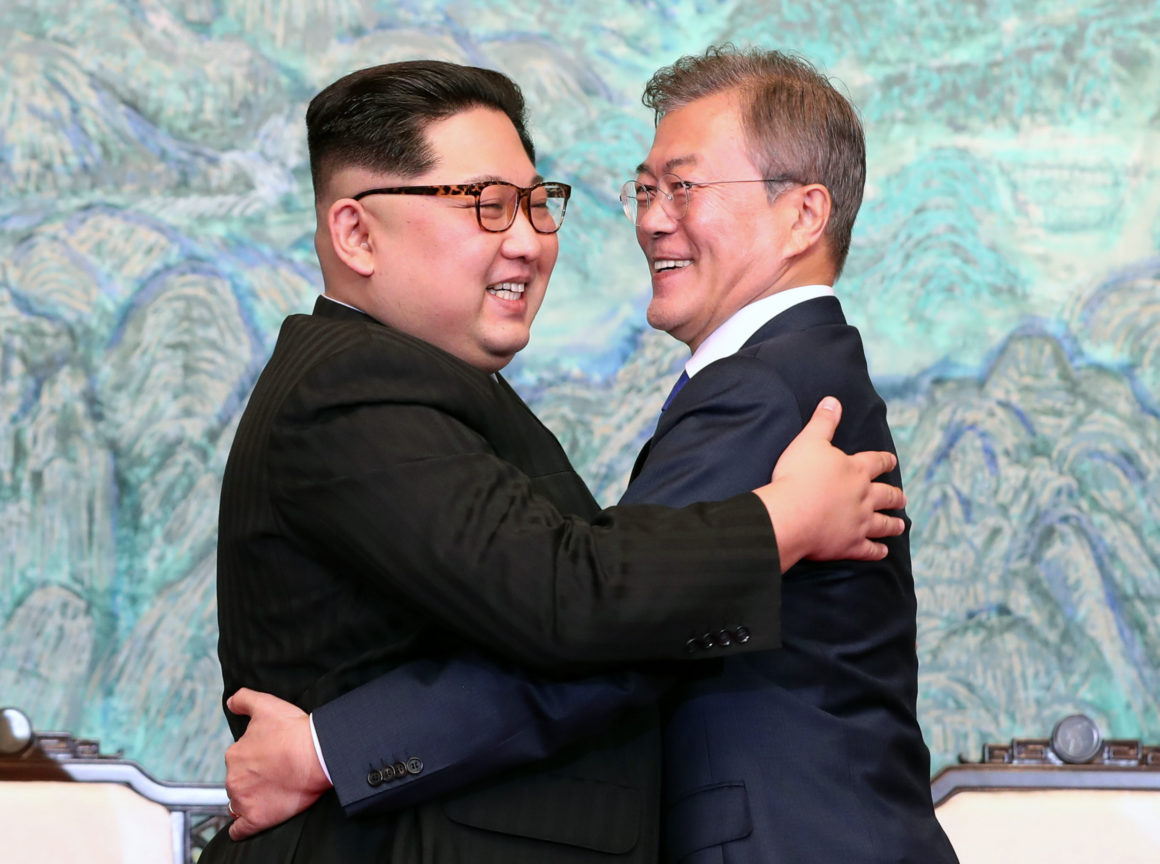 Though hope springs infernal and optimism is blinding even sober realists, I have a bad feeling. Normally rational commentators like Eugene Washington are saying things like, “I have been and remain strongly in favor of the summit.”

Tell me Eugene, why do you have “reason to hope it might do some good” when Trump has been taking a wrecking ball to democratic institutions and norms at home and abroad?

“Trump is about to destroy what’s left of the liberal world order because he thinks rules and institutions help America’s rivals, China and Europe,” Josef Braml of the German Council on Foreign Relations said after the political earthquake in Quebec left everyone but Trump & Co. shaken and miserable.

Fareed Zakaria, the geopolitical authority who clings to his air of authority despite being wrong all along, says, out of one orifice, “The summit between Trump and Kim is certainly worth doing,” and then paraphrases Bhagavad-Gita and Oppenheimer out of another, “North Korea has become death, the destroyer of worlds.”

President Trump admires authoritarians, from the blood-spattered Duarte of the Philippines, to the buff with a good bluff Putin of Russia, to President for Life Xi of China, to Human-Rights-Don’t-Exist Kim of North Korea.

Is this an emerging axis of evil between a dictatorial America, Russia and China? Is North Korea a pathway to a global alliance between autocrats the likes of which Mussolini, Hitler and Stalin could only have dreamed?

Dictators all believe the people are stupid and manipulatable. Give the masses bread and circuses, especially when they’re frightened, confused and desperate, and they’ll follow you into hell every time they think.

Of course, things could go really wrong, and there could be another world war. After all, who has the gun pointed at their head, Trump or Kim?

As Jennifer Rubin wrote, “Trump’s impulsivity, combined with his team’s inexperience and willingness to go along with an all-or-nothing approach, has needlessly painted the administration into a corner.”

Besides his North Korean policy, Trump is being cornered at home and abroad, and like all cornered tyrants, he’ll lash out and take as many people down with him as he can. Only ending false hope and delusional optimism can avert the worst and prepare for the aftermath.

Trump doesn’t know it of course, but the dark forces in human consciousness that pull his egomaniacal strings certainly do. I’m not sure about “God’s plan,” but thanks to Trump and Kim, we can see the devil’s plan unfolding in real time.

The United States, which was not only the linchpin but built the whole gantry for launching global free trade into orbit in 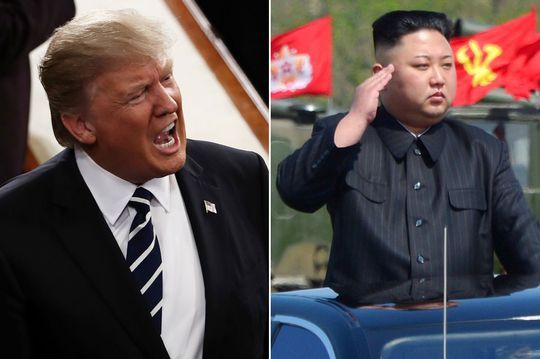 the 20th century, is finished as world leader and fulcrum. The question is, what will happen after Trump kicks the last strut (pun intended) out of the liberal international order?

In talking with internationalists over the last year, including UN people, my premise has been that world citizens have to begin pouring the foundation for a true global order before the international order completely collapses. If we don’t, we’ll be building from the rubble, literally or metaphorically, for decades.

What would the foundation for a true world order look like? It would begin with a psychological revolution ending the scourge of tribalism in all its forms, which has so virulently reared its ancient, ugly head in recent years.

Nationalism, the modern a form of tribalism, must be ended, or humanity is finished. This is the last gasp of nationalism, and ‘the hope of all nations,’ the United States of America, has become as small, divided and self—absorbed as the Balkans.

Only fools are talking about a “breakthrough” at this phony summit. Unfortunately, it may take a war, as it almost always has, to end the defunct old order.

As terrifying as that real and present danger is, almost no one seems to be preparing for the aftermath of what could be a quick and devastating war. It isn’t too late, but almost.

What’s included in the EU list of tit-for-tat tariffs?