When Are The Best Times to Vacation in Costa Rica?

It’s a place with something for everyone — though the destination is especially popular with adventurous travelers and nature lovers, who flock here to surf, sun on the beach, snack on seafood, and enjoy rainforest hikes.

Depending on what draws you here, (surf or sun, wildlife or trails) there are ideal — and less ideal — times to book your vacation. Whether you’re seeking cheap flights, warm waters, or cloudless skies, these are the best months to book a trip to Costa Rica for every type of getaway.

The Best Times to Visit Costa Rica for Wildlife Spottinga

Costa Rica is home to endemic species found nowhere else on Earth. The exceptional number of national parks and wildlife refuges all play a part in helping to protect these animals, while simultaneously allowing travelers to catch a glimpse.

The best times to spot wildlife depend on which animals you’d most like to see. Some well known attention-grabbers, like the Capuchin monkey can be seen (and heard) year-round. But those seeking to spot sea turtles should head to the Caribbean coast between February and October, or during April and May for leatherback turtles. In general, one tip for 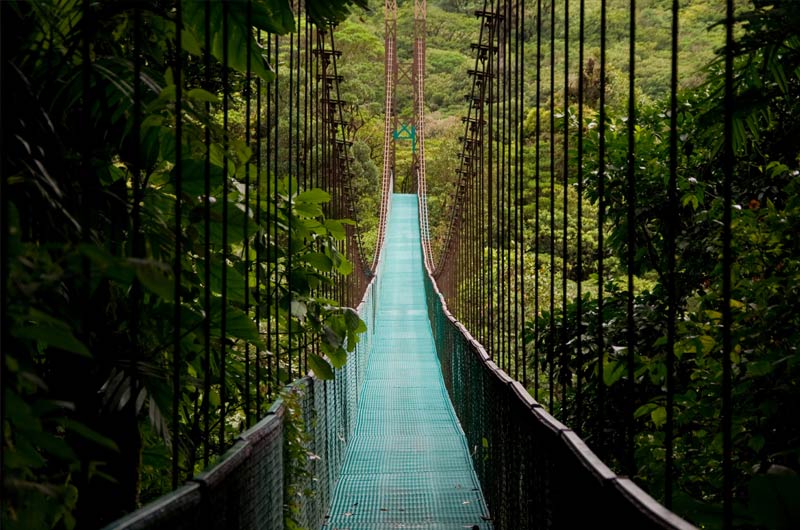 getting the best access is to rise early — well before sunrise — and head to a reserve just as the animals wake up.

The Best Times to Visit Costa Rica for Birding

Most birds native to Costa Rica can be spotted all year long, but those devoted to the patient hobby of birdwatching find that the best time to spot the country’s resident birds is during the dry season, which runs from November to April. It’s during this time that birds come out more frequently (as there is less rain) and can be heard singing nearly everywhere. Also, visibility is greatly improved during this season.

If migratory birds is what you’re looking to spot, traveling to Costa Rica from September through November provides a window of opportunity. If you’re specifically seeking the famed quetzal, you may want to get some local advice on the best areas to find these long-tailed Central American birds, though they are often found feeding on wild avocados in the cloud forests during during the dry season.

The Best Times to Visit Costa Rica for Surfing

Surfers hail from all over the world to catch the waves on Costa Rica’s Pacific Coast — especially along the Nicoya Peninsula. In fact, surfing (though an import), has become as Costa Rican as a bowl of ceviche.

Beginners, and those looking to test minimal surfing skills, should take to the crests in March or April — the last two months of the dry season, when temperatures and humidity rise and waves remain tame. For the daring and the experienced, the biggest waves can be found during the rainier months of September and October. But if beach crowds are more the issue, then the low tourist season of June through August is a sure bet.

Limon Province, which stretches the length of Costa Rica’s Caribbean coast, is very different than the nation’s Pacific edge. It’s here that visitors will find a stronger influence of Afro-Caribbean culture and food, along with a pace that’s much slower. While not the first choice for most tourists, the Caribbean coast has exciting spots like Puerto Viejo (an eclectic town that draws surfer crowds) or Cahuita National Park (home to sprawling coral reefs).

The best time to visit this area is during the dry season (which runs November through April), as the humidity during the rainy season is much more pronounced here.

Monteverde, in Puntarenas, is Costa Rica’s most popular cloud forest. It’s here that you’ll find trails leading up to the mountaintops that punctuate a fog so dense, it appears to be a cloud. It’s a magical sight to see — but travelers may want to avoid visiting during the height of the wet season, when paths can be difficult to trek.

Fortunately, the fog formations are not greatly impacted by the seasons.

Generally speaking, there is no bad time to visit Costa Rica, though airfare and lodging will typically be more expensive during the dry season (which runs from autumn through spring), which offers more sunlight and less humidity.

The rainy season, which peaks during the summer months and is considerably more humid and damp, is not without its perks — there are less crowds, for example, and rain typically falls in short bursts before things quickly get sunny again. Even during the wet season, rainstorms and hurricanes are rare in Costa Rica.

The most expensive and most affordable times to visit Costa Rica coincide with high and low season — and this has nothing to do with the actual seasons in the country. The high season is related to winter farther north, when visitors from the United States and Europe are looking to escape freezing temperatures. Thus, hotel prices, airfare, and other travel expenses are a bit inflated during this time.

While Costa Rica is a relatively affordable destination, travelers can save on accommodations and flights by traveling during low season, when there’s less demand (that’s summer in the States and Europe).