What to Know About Cinco de Mayo

World News – This weekend brings together 2 traditional drinking activities, Saturday it is the Kentucky Derby and its mint Julips and then Sunday is Cinco de Mayo and its Mexican drinks. Although this has been considered a Mexican holiday, it is now celebrated throughout the Americas as a day to indulge in drinking a few beverages like a pitcher of margaritas or corona. Sunday, May 5th is Cinco de Mayo or in many cases Cinco de Drinko.  But do you know what you’re raising a glass to?

Here are five facts you should know about Cinco de Mayo. 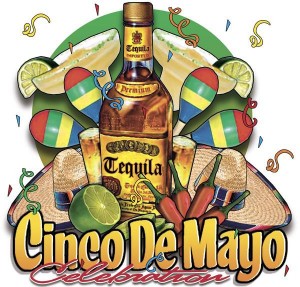 1. Cinco de Mayo is rooted in money—namely, unpaid debt. Suffering from the ravages of war and economic devastation, Mexico’s President Benito Juárez put a moratorium on repaying the country’s debts, and the French didn’t take kindly to that decision. The French army descended on Veracruz in 1862, demanding their dinero, and setting off the events of Cinco de Mayo.

2. The day marks the May 5 battle that saw Mexico’s ragtag militia defeat the mighty French, then considered the most dominant military worldwide. Mexico had at least 2,000-4,000 fewer fighters; many were farmers armed with makeshift weapons.

But as the Battle of Puebla commenced, French Gen. Charles Latrille de Lorencez “arrogantly” (say some historians) attacked the Mexican forces at their strongest position. The Mexicans held their ground, exhausting the French, before picking off their foes.

3. Cinco de Mayo could have changed the course of U.S. history. The French were keen to see a weakened United States, which was embroiled in a civil war at the time. Had the French gotten a stronghold in Mexico, its forces likely would have aided the Confederacy, and the American Civil War could have had a very different outcome.

4. Don’t wish Mexicans a happy Independence Day today. Cinco de Mayo is commonly confused with Mexico’s Independence Day, but that occurs on Sept. 16, the day in 1810 when the Mexican War of Independence against Spain began. In fact, only parts of Mexico even celebrate Cinco de Mayo—it’s a regional, not federal, holiday.

5. That margarita you’re sipping to celebrate Cinco de Mayo wasn’t around on the original day. Historical accounts place the margarita’s earliest invention sometime in the 1930s; others say it was closer to 1950. And if you’re toasting with a frozen margarita? Well, that didn’t come along until 1971.

The Mind Is More Than the Brain

Now, let’s round out this article with a most important statistic. The city, outside of the borders of Mexico that has the largest population of people either descended from families of Mexico or directly immigrated from Mexico. May I have a drum roll, please! It is Los Angeles (L.A.), California, U.S.A. with a total of 1,209,573 Mexican-Americans as of the 2010 census. And this total population includes ONLY legally immigrated people from Mexico and those who are U.S. citizens by being born in the U.S.A. Of course, there is no accurate way to count how many illegal people are in any part of the U.S.A. because they do not participate in the U.S. census for obvious reasons so they are not included in the census statistics. And we Mexican-Americans know how to celebrate Cinco de Mayo…especially those of us who are from East L.A. !!