What is This World Coming To? Scam at Costa Rica School Charity Bingo

Costa Rica News – I look around the world each day and read the news from all parts of the world to try to get articles for The Costa Rican Times.  The more I read the more I see this world is going to hell in a handbasket. I use examples from Costa Rica but these things are happening everywhere. 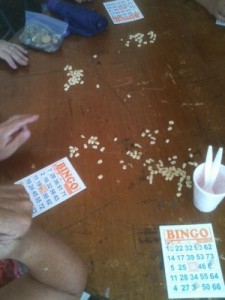 The chase for the almighty dollar seems to be making people forget their ethics and what is wrong and right. The latest example of this comes from the a barrio around San Jose, Costa Rica.

According to the director, Ana Miranda, the goal of bingo was to raise funds for a party for the 44 students of the school, who are mostly poor.

On Monday, when they were going to order some pizzas for the party they were informed that money they were carrying was counterfeit.

They reported the matter to the Police, only to be told that they needed to be contacted the same day to  have coordinated to try to stop scammers. The police advised them to file a complaint with the Judicial Investigation Organization ( OIJ).

Miranda added that many people attended bingo and they tried to see if the notes were real but do not have the training to do this. No other measures applied until yesterday and they realized the scam. He said that the bills are very similar to the real ones.

I again ask how far will people go to scam, both in Costa Rica and the world. All they were trying to do was raise money for a end of school pizza party and criminals knowingly scammed to try to win at bingo.

How far has the world fallen?

25 Ways to Have an Orgasm and Better Sex